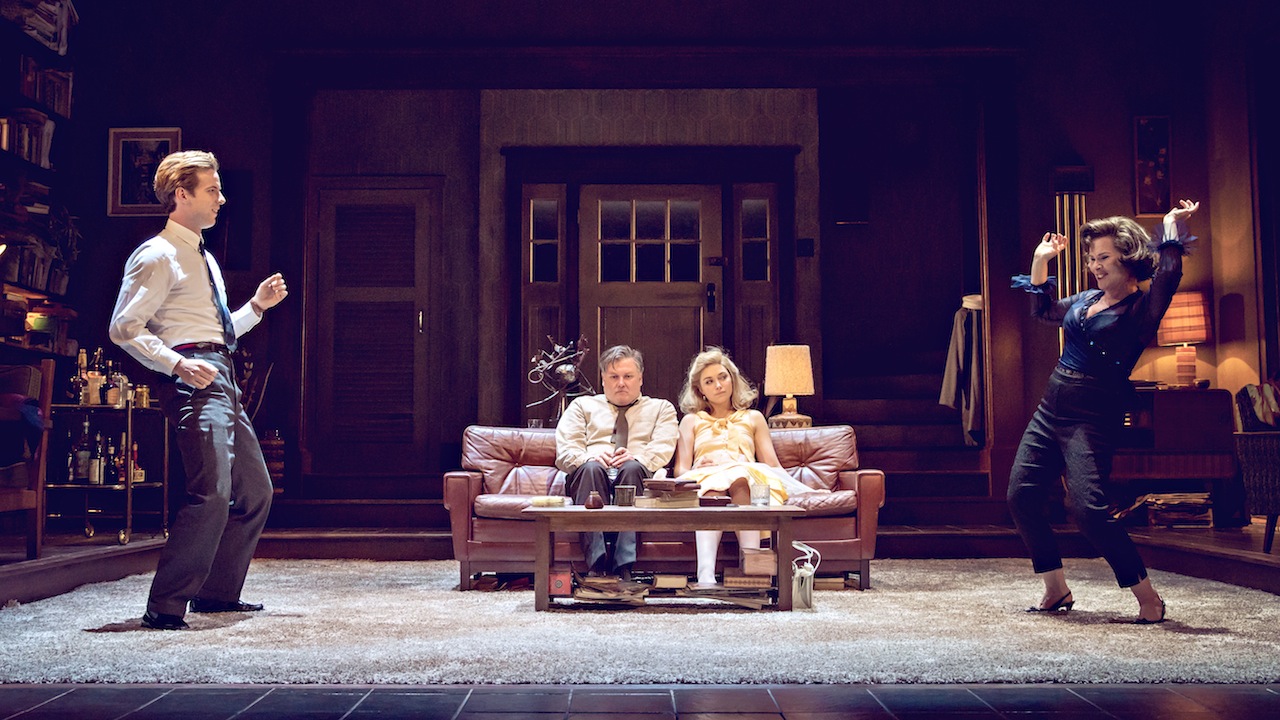 In the early hours of the morning on the campus of an American college, Martha, much to her husband George’s displeasure, has invited the new professor and his wife to their home for some after-party drinks. As the alcohol flows and dawn approaches, the young couple are drawn into George and Martha’s toxic games until the evening reaches its climax in a moment of devastating truth-telling.

“Imelda Staunton is at her magnificent best. A first-rate revival of an astonishing play.” The Guardian