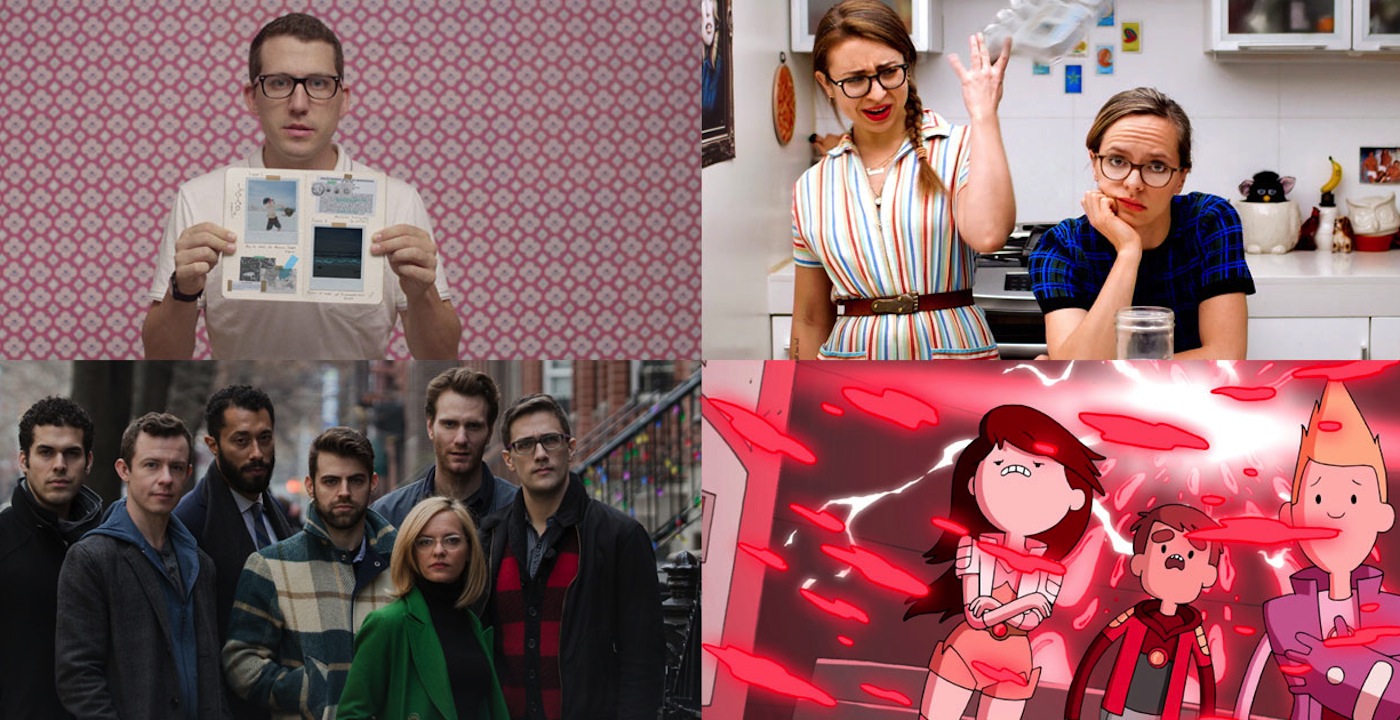 Series on the web, which originally served as an alternative ecosystem for storytellers who couldn’t get their work onto larger platforms, now serves as an unofficial farm team for those same platforms, birthing such recent web-to-cable successes as Insecure, High Maintenance and Broad City. But the format is equally fascinating as an incubator for new voices and storytelling forms that might not be possible in traditional venues.

Split Screens’ inaugural web series panel spotlights four titles, each with a distinct style and point-of-view: Bravest Warriors, from Adventure Time mastermind Pendleton Ward, follows four teenaged heroes-for-hire as they warp through the universe to save adorable aliens and their worlds using the power of their emotions; Eat Our Feelings, a combination sitcom and cooking show that follows two Brooklyn 20-somethings cooking and eating their way through life’s challenges; The Outs, which tells the story of broken-up couple, Jack and Mitchell, in non-linear scenes, and Gunner Jackson, in which a 26-year-old inventor tries to prove he’s being surveilled by the U.S. Government.