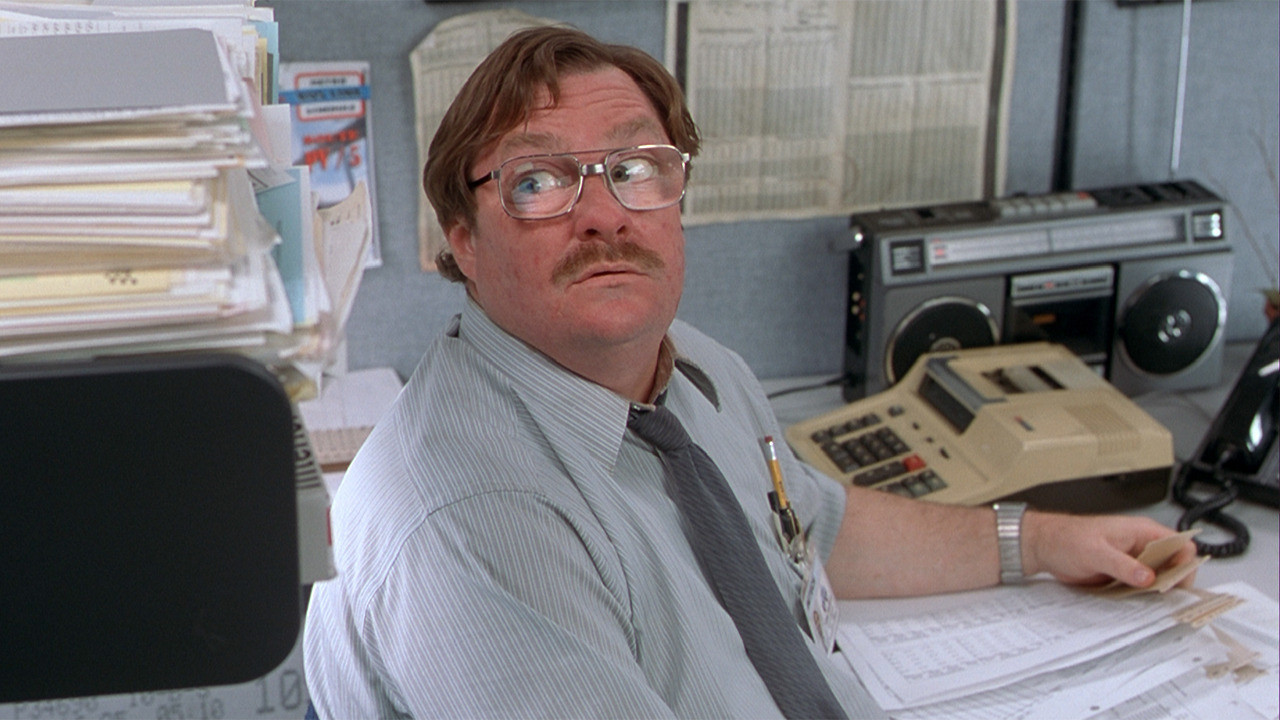 “Mike Judge, the creator of Beavis & Butt-head and co-creator of King of the Hill, has a cool day job. But it wasn’t always thus. From his memories of Dilbert-like employment in anonymous corporate America, Judge has written and directed OFFICE SPACE, a devious comedy about life in the cubicle.

“Peter Gibbons (Ron Livingston) is a cog in the wheel of Initech, where various nerds and nebbishes punch the clock while their lives just tick away. It’s a place where copiers shred your work in a never-ending state of “paper jam,” where there isn’t even a stapler you can call your own, and where the only thing to look forward to is Hawaiian-shirt Friday.

“Staffers are downsized, humiliated, forced to account for their value to the company and, when all else fails, sent to the Gulag of the basement. One long-timer refuses to get the hint even though his paychecks have been cut off. Each day of officious bosses and meaningless paperwork is worse than the day before — leading Peter to conclude that each new day is the worst yet of his young life.

“With a judiciously executed hip-hop soundtrack and the same anti-conformist spirit that informs Judge’s TV cartoons, OFFICE SPACE can expect to attract people who aren’t even old enough to be stuck in dead-end jobs.” – New York Daily News (1999)