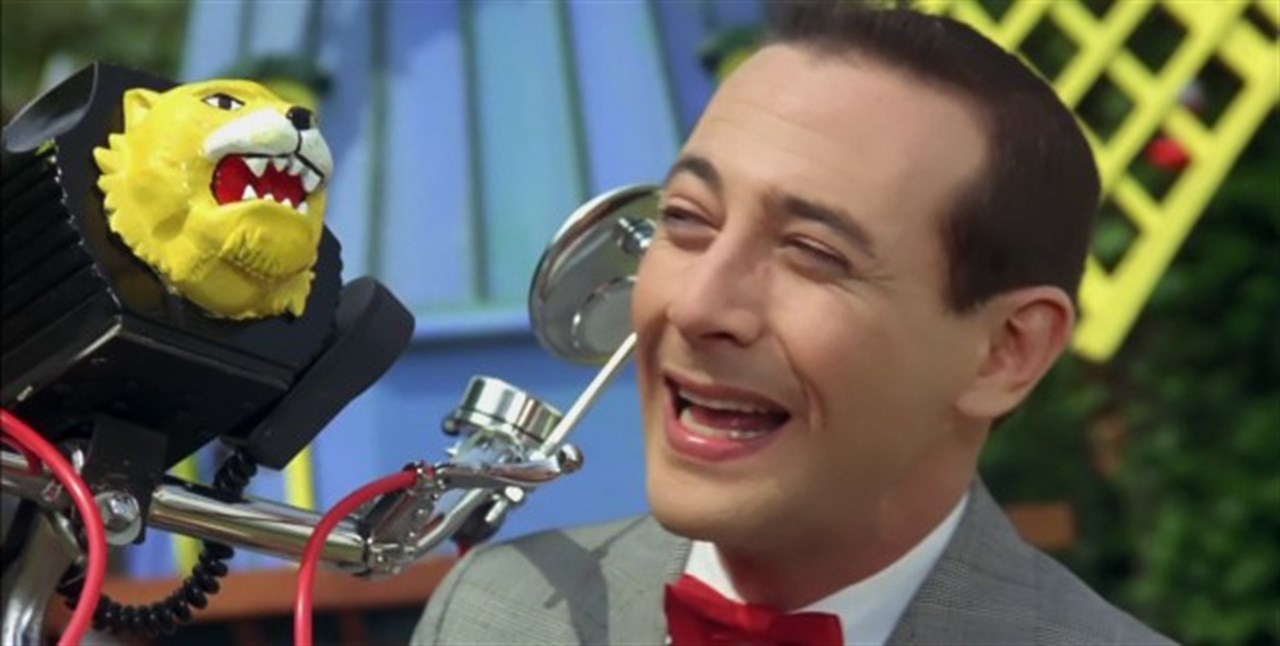 “Fed by comic tributaries perhaps, but Pee-Wee Herman comes over as a delightful original. It’s a balancing act, and he doesn’t put a ’50s preppy white buckskin wrong. He lives in a house which is a Heath Robinsonish turn in itself, and responds to his environment with all the restraint of a streaker in a carwash. A nasty boy steals his beloved bicycle. Pee-Wee gives chase, taking in a lot of America’s tourist map and winding up in Hollywood (which buys his adventure, and we see their version too). Dreamlike situations hover on the edge of unease (a meeting with a waitress in the mouth of a model dinosaur, pursuit by her giant boyfriend waving a caveman’s bone), and there’s a wonderfully sustained gag in which Pee-Wee rescues animals from a burning pet shop, nervously stalling the snakes. The score works edgily against the comedy, and the dream sequences are just this side of Dali. Pee-Wee himself comes from the school of acting that usually sits under a bubble – Rage, Foiled, Idea – in a cartoon. Truly weird and wonderfully addictive.” – Time Out (London)