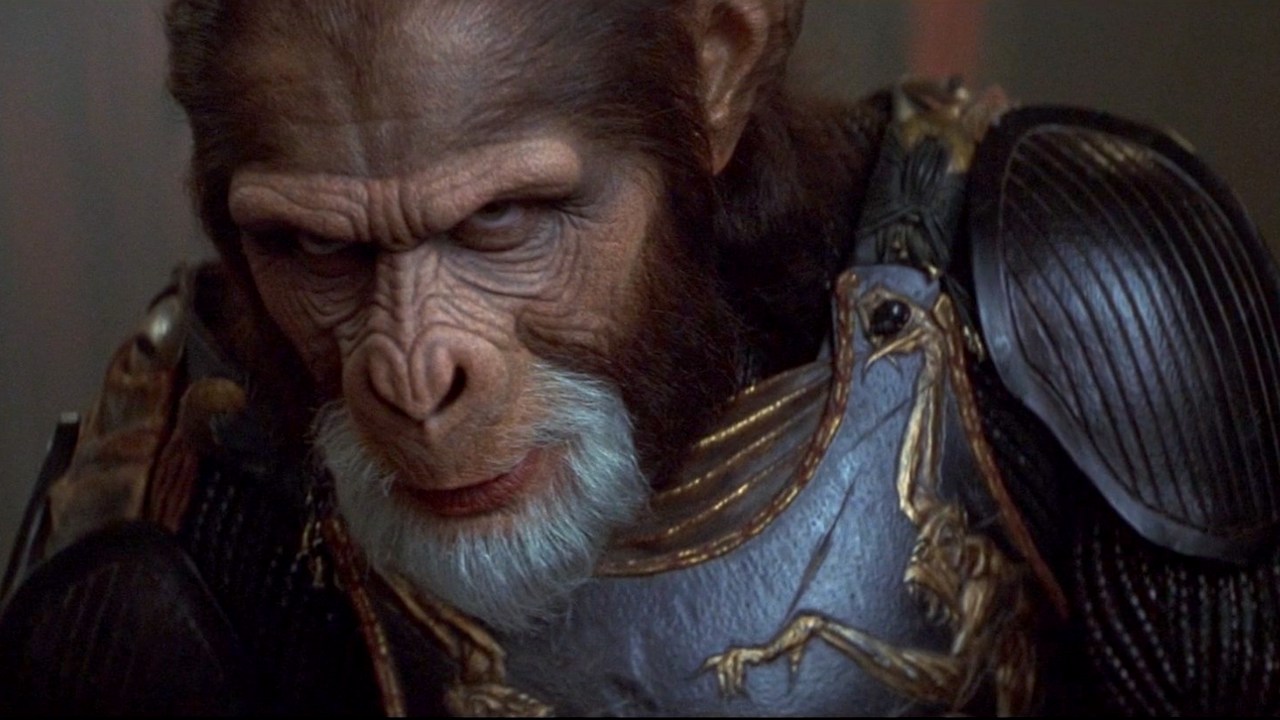 “In the near future (2029, to be exact) astronaut Leo Davidson (Mark Wahlberg) is working with primates on the spaceship Oberon, who have been trained specifically to deal with space missions. When one of Leo’s favourite primates, Pericles, enters a storm in his pod and disappears he soon chases after him, Leo loses contact with the ship and crashes on a planet in the year 3002, which he soon discovers is ruled by humanoid apes that treat humans as slaves.

“Leo is caught and sold as a slave with another human Daena (Estella Warren) to chimpanzee Ari (Helena Bonham Carter) who disagrees with the treatment of humans and soon joins their cause and allows Leo to escape with the other humans and form a rebellion. They are soon chased by General Thade (Tim Roth) and Colonel Attar (Michael Clarke Duncan) who want to stamp out the trouble makers swiftly.

“Sticking to his guns as he has done so much in the past, Burton insisted that the apes’ makeup needed to be prosthetic and not computer generated. He also wanted the actors playing the primates to move, run and sit like them, making them all attend ape school before filming began. This does make the world of difference on screen and is the only thing that is superior to the original movie.” – Den of Geek