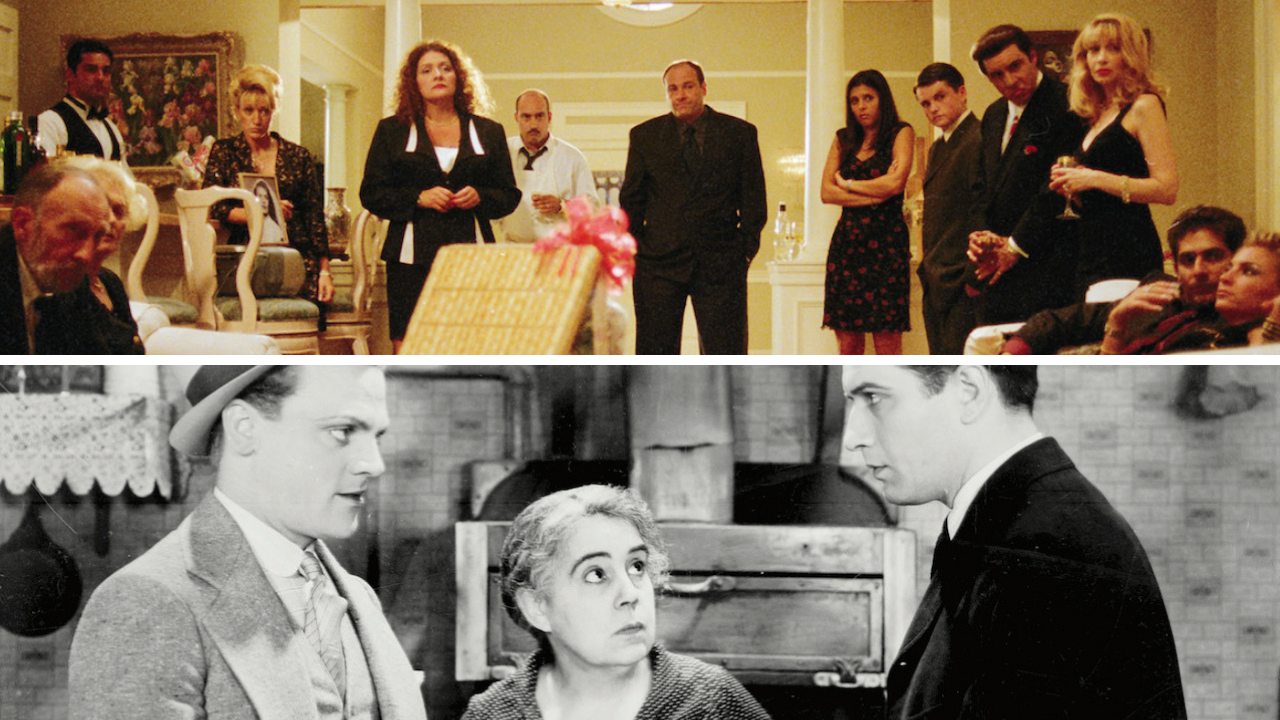 “Poor You: Gangsters, Mothers and The Sopranos”

In the pilot episode of “The Sopranos,” North Jersey gang boss Tony Soprano enters therapy with Dr. Melfi (Lorraine Bracco) to cope with panic attacks brought on by his anxiety about his cruel and manipulative mother Livia (Nancy Marchand). Tony never entirely escapes his mother’s clutches even after she dies, the aftermath of which is chronicled in the classic season three installment “Proshai, Livushka.” The tragedy sparks one of the greatest gatherings of a series that was at its best showing how family members claw at each other even when they’re leaning on one another for support. “Proshai, Livushka” will be screened as part of a double feature with the William A. Wellman thriller The Public Enemy, starring James Cagney as a gangster whose expressions of mother-love, unlike Tony’s, are fully reciprocated. Tony watches the movie throughout “Proshai, Livushka,” in mourning not just for what he lost, but for what he never had.

Photo from The Sopranos courtesy of HBO®.