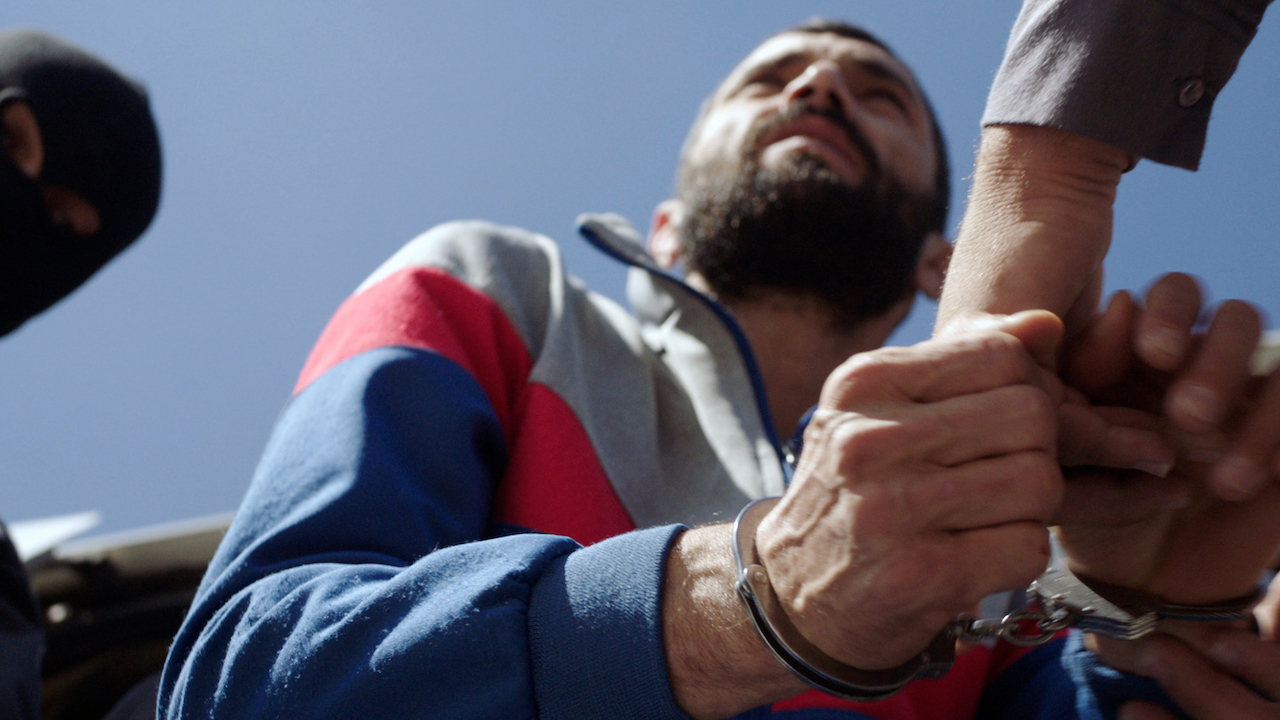 Young Ziad is the star of the Al-Amari Refugee Camp basketball team in the Ramallah outskirts of Palestine. When his best friend is shot and killed in crossfire, his teammates seek revenge, with results that will impact Ziad’s life forever. Shot entirely on location in the West Bank with a largely Palestinian crew, award-winning director Bassam Jarbawi’s debut feature follows Ziad as he returns home after 15 years in an Israeli prison. Hailed as a hero, with high expectations to settle back quickly into work and love, he is lost in a world he barely recognizes. Effectively capturing this unsettling inability to distinguish reality from hallucination and the haunting of memory, SCREWDRIVER immerses us in a distinctly Palestinian story while addressing the universal trauma of reintegration after incarceration.

“Solitary prisoners’ reliance on fantasy as a technique for survival captured my attention, and largely influenced the story of SCREWDRIVER. This stagnant ever-waiting hopelessness pervades [the] Palestinian psyche. The result is an inability to define self without occupier, to organize and feel life without restriction.” – Bassam Jarbawi, Director

In Arabic and Hebrew, fully subtitled in English.