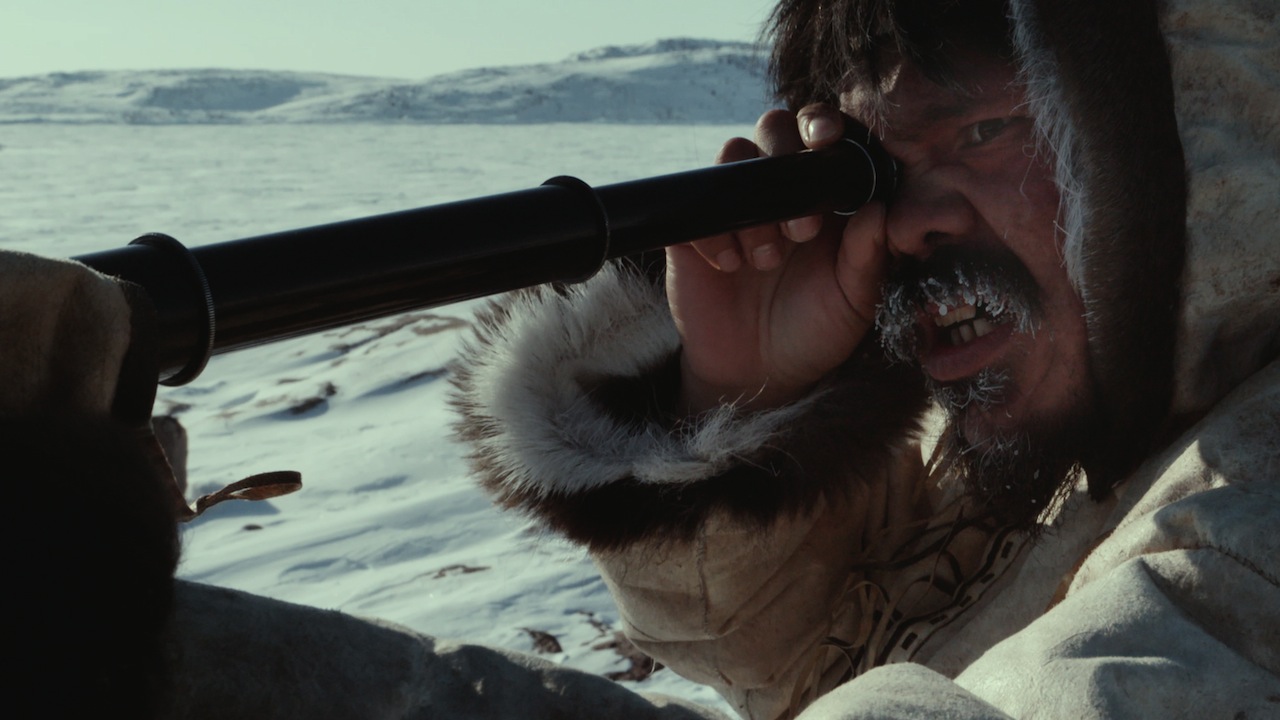 The latest film from Zacharias Kunuk, the writer-director of the critically acclaimed epic THE FAST RUNNER (winner of the Camera d’Or in Cannes and a huge international hit), SEARCHERS is an Inuit reworking and relocating of John Ford’s signature 1956 Western, THE SEARCHERS. Transporting its intense tale of abduction and revenge from the dusty American west to the vast snowy vistas of the Canadian Arctic, Kunuk’s film revolves around Kuanana, who returns from a successful caribou hunt to a catastrophic scene. In his absence, someone has attacked his igloo, his wife and daughter have been taken away, and the remainder of the family has been slaughtered. Guided by the spirit helper of his father, a loon named Kallulik, Kuanana sets out across the white, seemingly infinite Arctic landscapes to get his wife and daughter back and to take revenge on those who have committed these atrocities. It is an unforgettable journey.