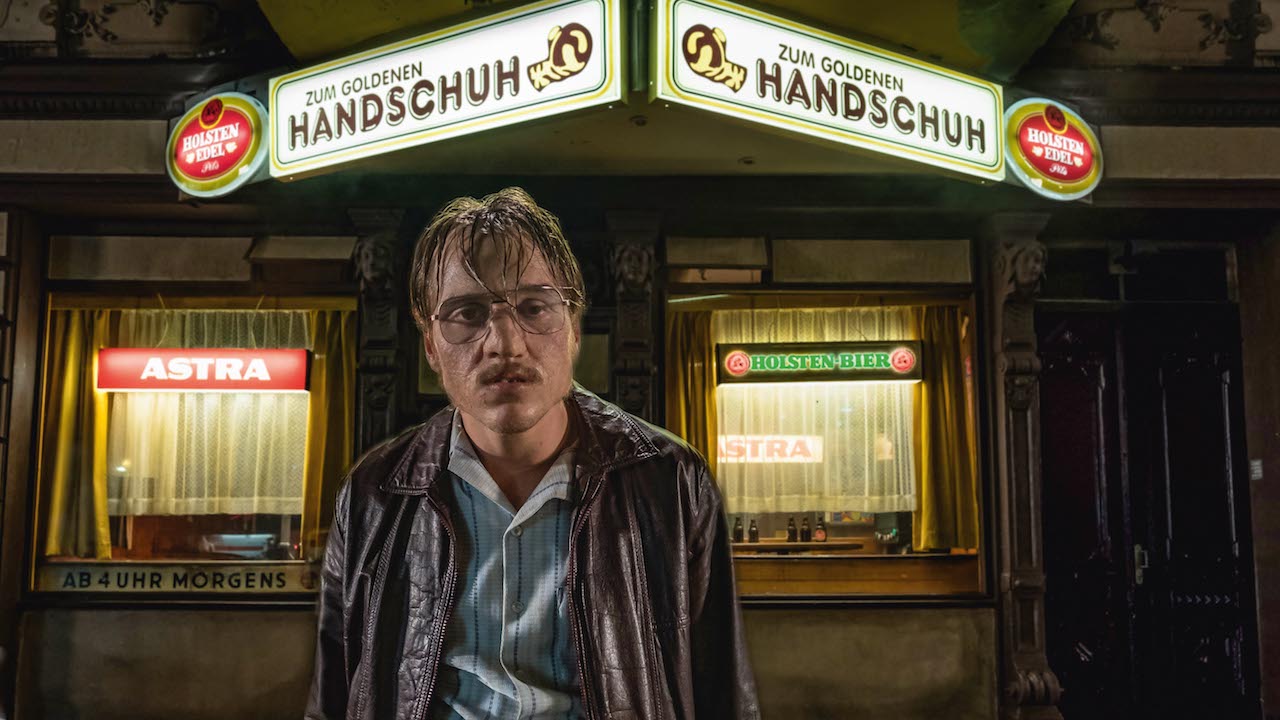 From acclaimed filmmaker Fatih Akin (Head-On, The Edge of Heaven, In The Fade) comes a gruesome tale of notorious German serial killer Fritz Honka who haunted Hamburg’s red light district in the 1970s. Based on the novel of the same name, THE GOLDEN GLOVE follows Honka as he frequents his favorite bar, the “Golden Glove,” where schmaltzy German songs move the boozy bar hounds to tears and drinking is a reflex against pain and longing. There, Honka, a pitiful loser chasing after lonely women, keeps more than just secrets in the attic.

Official selection: Berlin Int’l Film Festival; Fantastic Fest
“Impressive… Doggedly unflinching.” – Screen International
“As if Fassbinder had decided to direct a horror movie.” – Original Cinemaniac
“Films this powerful only come along every couple decades, and this one is bound for infamy.” – Screen Anarchy
“Enters the pantheon of disturbing serial killer biopics… a marvel of technical filmmaking.” – Bloody Disgusting