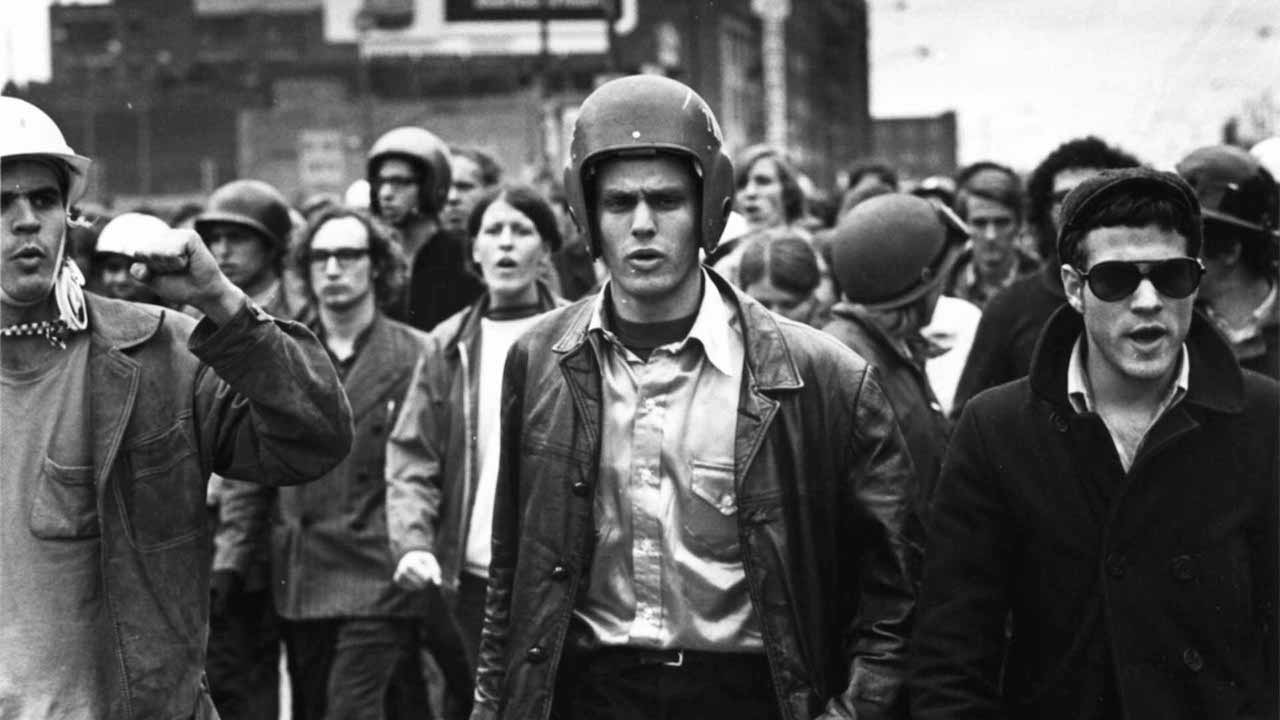 A New York Times Critic’s pick when released, here is an excerpt from the original review:

“THE WEATHER UNDERGROUND tells the story of a splinter group of young people from the Students for a Democratic Society, or S.D.S. And here the directors Sam Green and Bill Siegel have unearthed a great story that had fallen into oblivion: the young, violent and glamorous antiestablishment militants of the 1960’s.

“This terrifically smart and solid piece of filmmaking lets the former Weathermen, now in their 50’s and older, speak into the camera and reveal a bit of their personal histories as well as what the peace movement meant to them. The narration is introduced about 10 minutes into the film. At first we’re introduced to former activists as they looked when UNDERGROUND was filmed; then we’re shown more youthful images.

“Mr. Green and Mr. Siegel convey the volatility of the time through news film. The documentary is packed with some of the most powerful images of violence of the period: a bound Vietnamese man being shot in the head at point-blank range, the bloody bed of the Black Panther Fred Hampton after he was shot to death by the authorities. The movie captures a movement in motion, with its contradictions of good intentions and narcissism — a revolt so accelerated and noisy, there was no time for reflection during its heyday.

“But UNDERGROUND doesn’t let its subjects off the hook, despite an apparent sympathy for their politics. Reflecting on the impact of their behavior — the group took responsibility for bombing two dozen public buildings, including the Pentagon–these former radicals now reconsider their approach. Mr. Rudd, who now teaches math at a community college, smiles painfully when he talks about telling his students what he did in the 60’s. ‘My students look at me as if I were from another planet,’ he says.