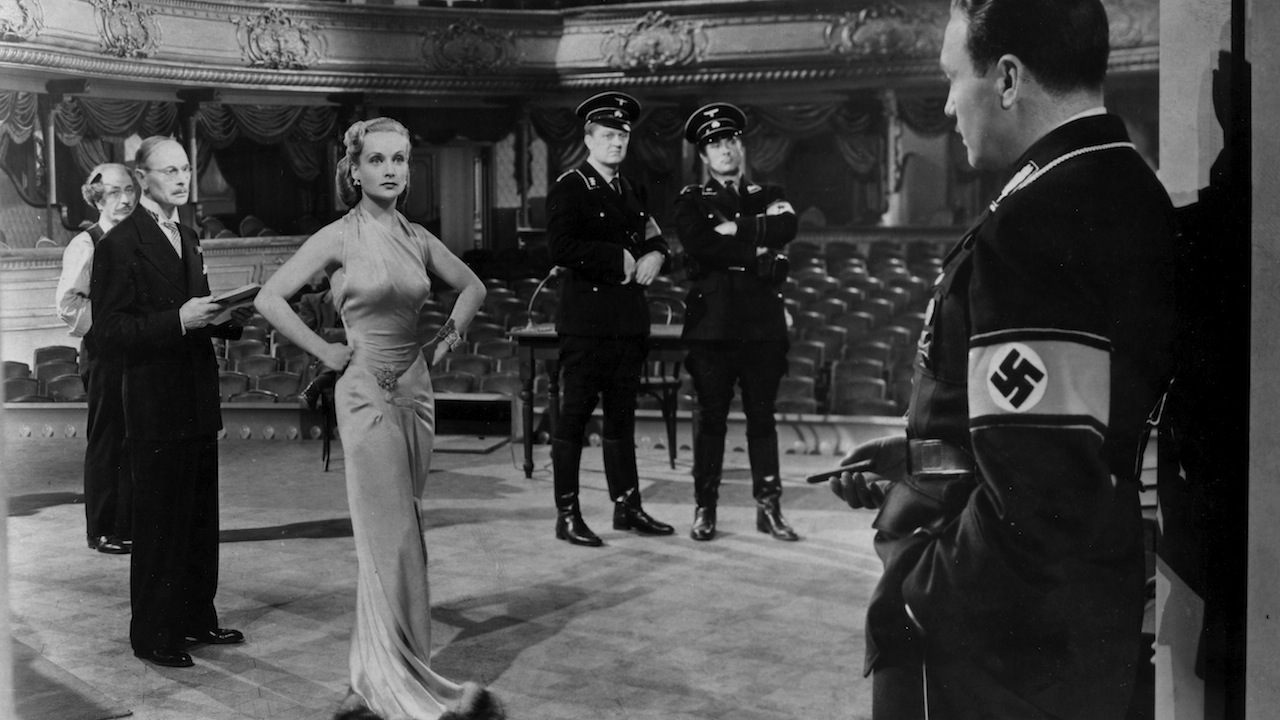 To Be or Not to Be

“Like Ninotchka, Lubitsch’s comedy was developed from an idea by Melchior Lengyel: an anti-Nazi satire set in World War II occupied Warsaw, centering on the resistance of a Polish theatre company and the ham antics of its narcissistic husband-and-wife stars (Benny and Lombard). It was criticised at the time for its alleged bad taste, but Benny, Lombard and script are all hilarious; while Lubitsch gets much mileage from the idea of role-playing, and his particular directorial tic of timing every conceivable gag around entrances and exits through doorways. It’s certainly one of the finest comedies ever to come out of Paramount, the allegations of dubious taste missing the point of Lubitsch’s satire – not so much the general nastiness of the Nazis as their unforgiveable bad manners.” –Time Out (London)