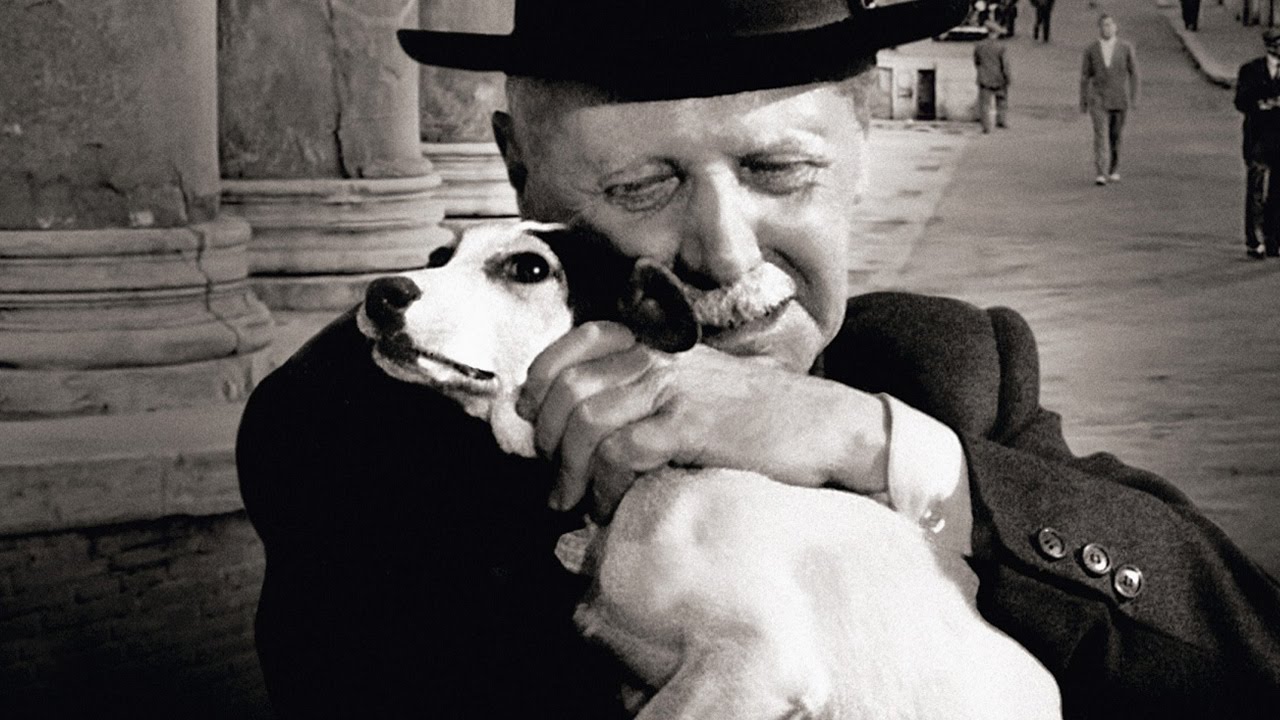 “Director Vittorio De Sica and writer Cesare Zavattini collaborated five times, and along with the classic The Bicycle Thief, this 1952 effort is their most satisfying and moving. Carlo Battisti plays an aging ex-civil servant feeling the pinch of postwar economic distress more than most; his only friend is his little dog, for whom he sacrifices a portion of his meager pension. The film is at once a tragedy of a generation cut off from the world it made and a study of a man too proud to relinquish his tenuous grip on life. A touching example of the power of neorealism.” –  Chicago Reader