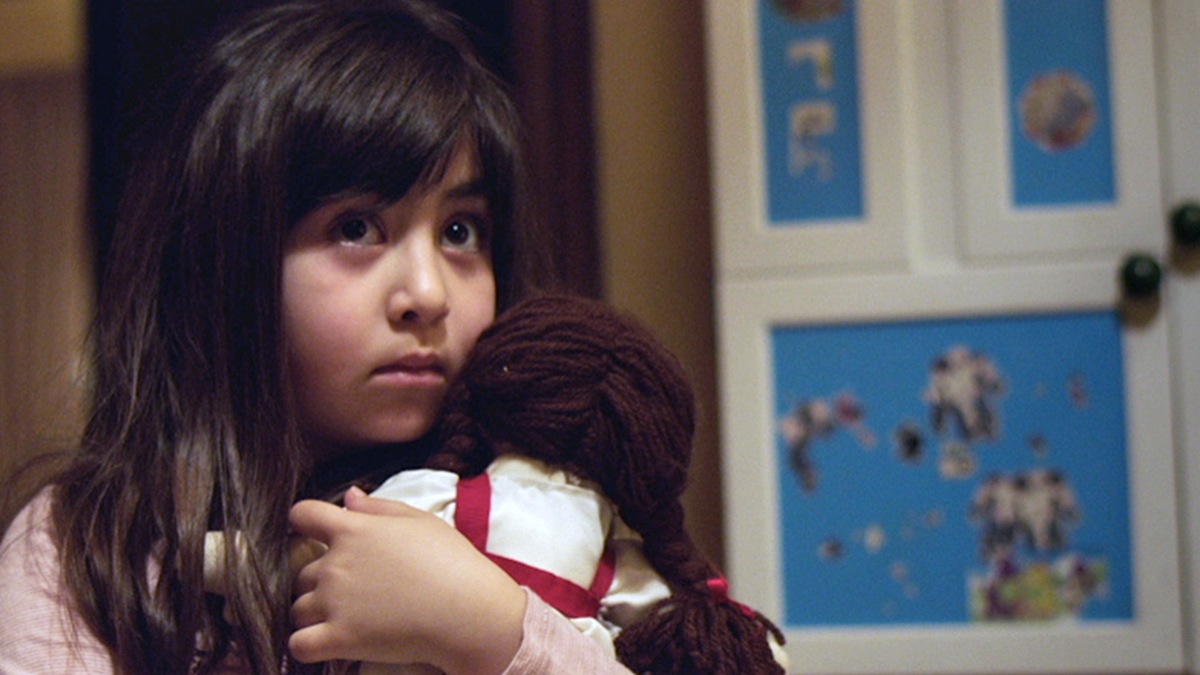 Shideh (Narges Rashidi) and her family live amid the chaos of the Iran-Iraq war, a period known as The War of the Cities. Accused of subversion by the post-Revolution government and blacklisted from medical college, she falls into a state of malaise. With Tehran under the constant threat of aerial bombardment, her husband (Bobby Naderi) is drafted and sent to the frontlines by the army, leaving Shideh all alone to protect their young daughter, Dorsa (Avin Manshadi). Soon after he leaves, a missile hits their apartment building and while failing to explode, a neighbor dies under mysterious circumstances and Dorsa’s behavior becomes increasingly erratic.

Shideh finds herself slowly drawn into the ensuing turmoil, struggling to cling onto what is real and what is not. Searching for answers, she learns from a superstitious neighbor that the cursed missile might have brought with it Djinn – malevolent Middle-Eastern spirits that travel on the wind. Convinced that a supernatural force within the building is attempting to possess Dorsa, Shideh has no choice but to confront these forces if she is to save her daughter and herself.