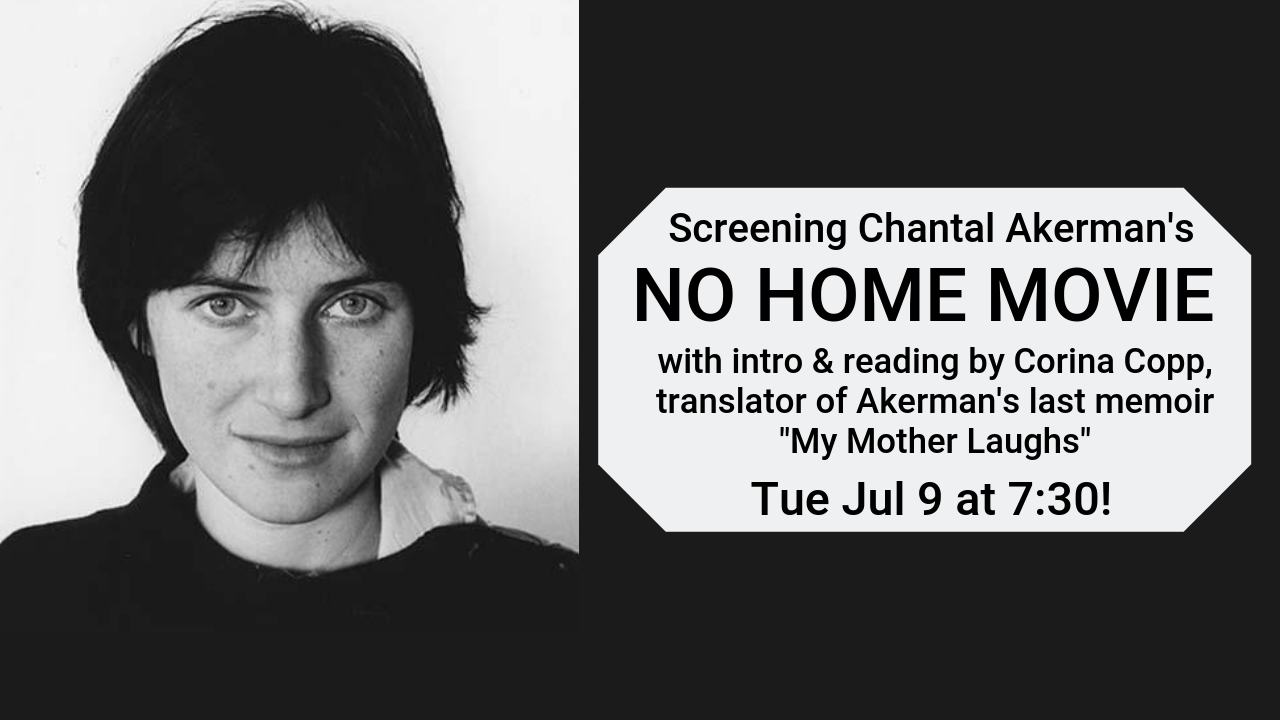 Tickets available for purchase to the 7:30pm showtime on Tue Jul 9 here.

A note on My Mother Laughs and translator Corina Copp:
“In this unforgettable and moving memoir, the last book written before her death, the legendary film director Chantal Akerman (1950-2015) blends her matter-of-fact writing style with family photographs and stills from her own films in order to better describe and speak toward the most tender of human elements: her family, her lovers, and, most urgently, the deterioration of her mother’s health along with her own mental health.” (The Song Cave, publisher)
CORINA COPP has translated two works by the filmmaker Chantal Akerman: a memoir, My Mother Laughs (The Song Cave, 2019), and the play, Night Lobby (e-flux, forthcoming). She is also the author of the poetry collection, The Green Ray (Ugly Duckling Presse, 2015), and the play, The Whole Tragedy of the Inability to Love. Recent writing can be found in America: Films From Elsewhere (Shoestring Press, 2019), frieze, Millennium Film Journal, Film Quarterly, Hyperallergic, BOMB, and elsewhere. She lives in New York and Los Angeles, where she is pursuing a doctorate at the University of Southern California’s School of Cinematic Arts.