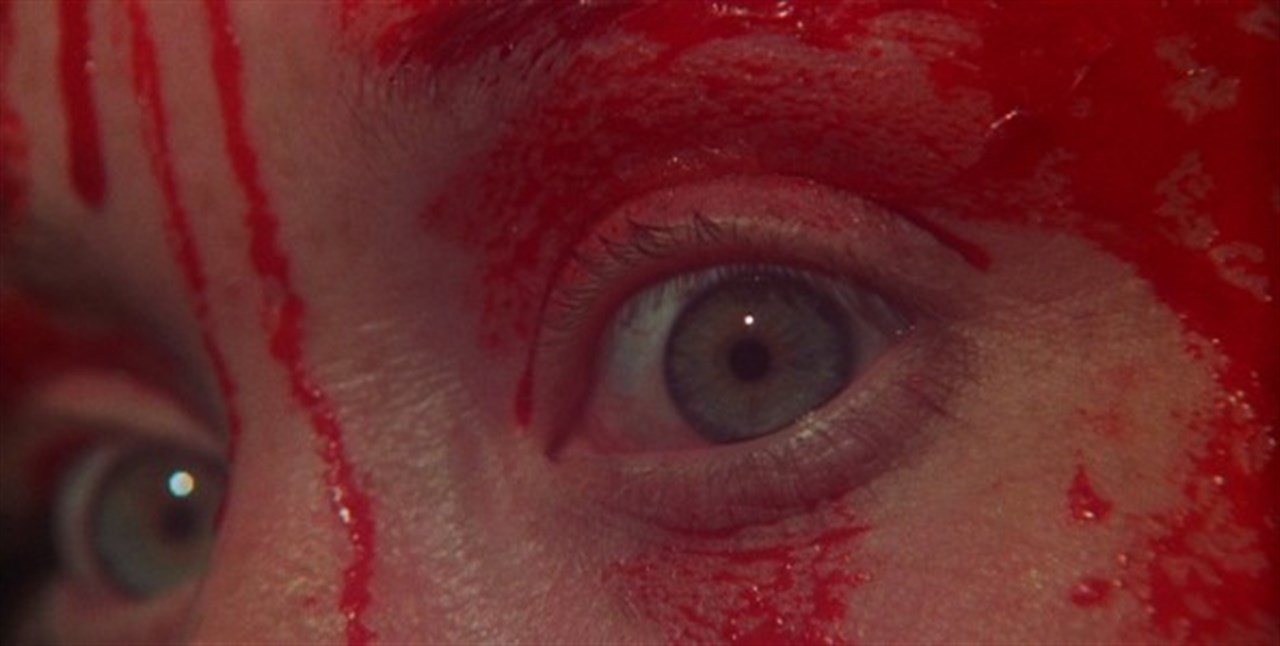 “CARRIE might be a film about high school, but it was perhaps Brian De Palma’s first completely mature film, at least equaling the nearly-concurrent release Obsession in gothic pathos. Based on Stephen King’s first novel, famously written in near-poverty as the future bestselling mogul tried to make ends meet by teaching English to high school kids, Carrie turns a fairly contemptuous source text (in the book, Carrie is nearly as unappealing as her tormentors) into, as Pauline Kael said, a ‘teasing, lyrical thriller.’ It brought both De Palma and King into mainstream visibility, kick-started the careers of nearly everyone involved (or, in Piper Laurie’s case, provided an unexpected return to form playing horror cinema’s ultimate mom from hell), won two acting Oscar nominations and earned fantastic reviews and word-of-mouth. Surely this represents De Palma’s first great selling out, right?

“Absolutely not. Carrie, a profoundly sad horror comedy about a dumped-on, telekinetic outcast whose late-blooming menstrual cycle and sexual maturation react violently with her fundamentalist mother’s psychological chastity belt, is the film in which De Palma discovered that his destructive sense of humor could be synthesized with his graceful visual sensibilities in a manner that would accentuate both. The linearity of King’s storyline (actually, the linearity of screenwriter Lawrence D. Cohen’s version of King’s novel, which was told via a fussy collage of news articles, testimony, and Reader’s Digest memoirs) has the preordained momentum of Greek mythology; some of the shots of a pig blood-soaked Carrie standing above her peers at the fateful prom were lifted from the theatrical performance De Palma shot of Dionysus.” – Slant Magazine