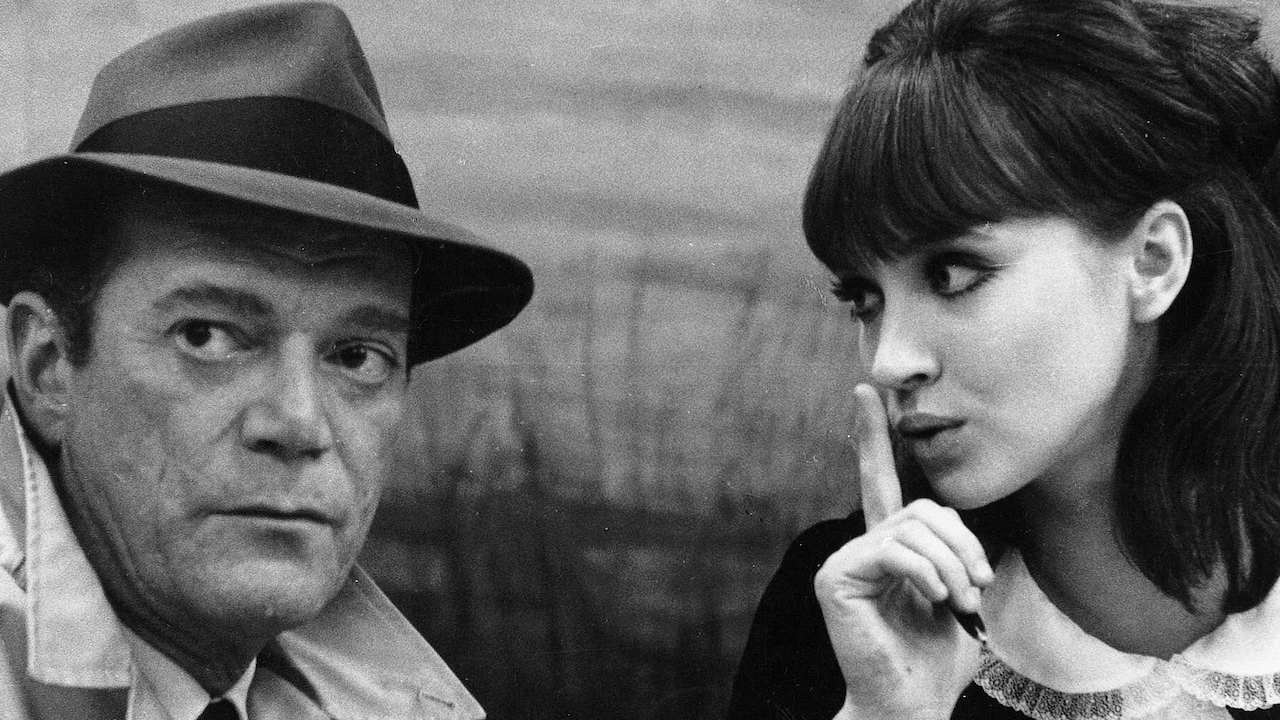 Lemmy Caution (Eddie Constantine) is on a mission to eliminate Professor Von Braun, the creator of a malevolent computer that rules the city of Alphaville. Befriended by the scientist’s beautiful daughter Natasha (Anna Karina), Lemmy must unravel the mysteries of the strictly logical Alpha 60 and teach Natasha the meaning of the word “love.”