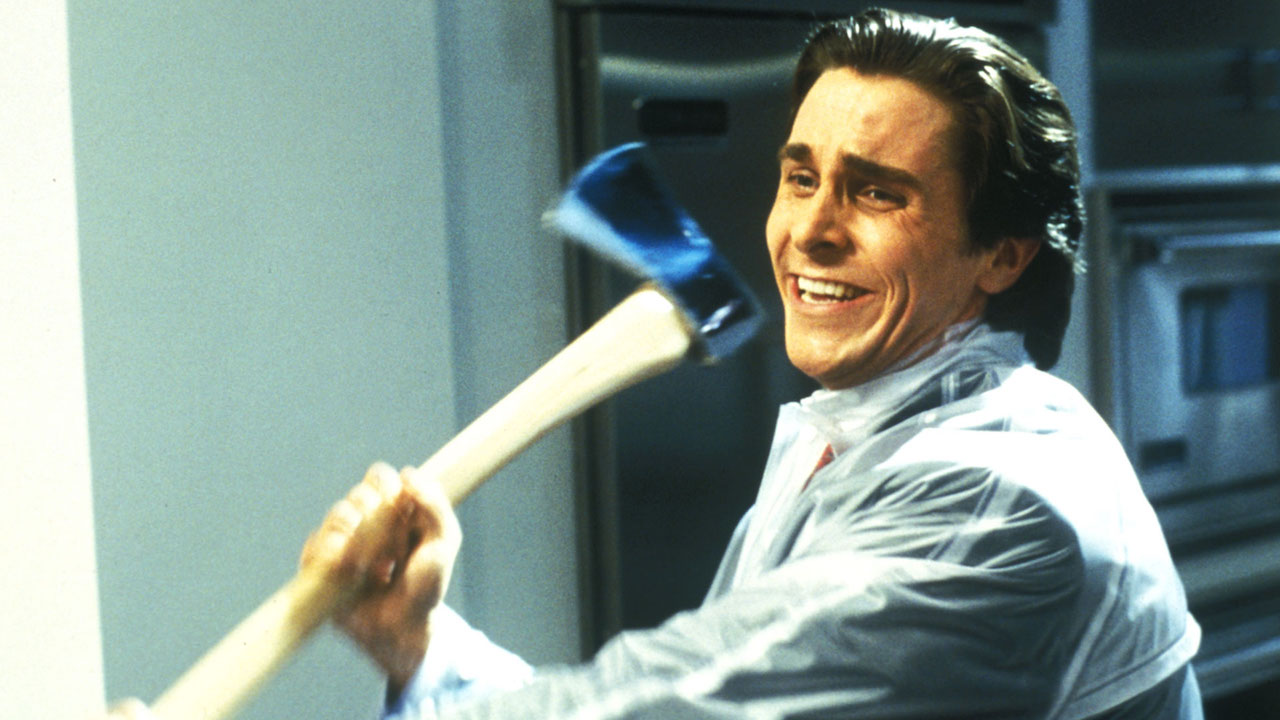 We regretfully have to cancel the AMERICAN PSYCHO event on January 8 due to unforseen circumstances. We hope to reschedule it for a future date. If you purchased a ticket online, we will reach out to you to process a refund. If you purchased a ticket at our box office, please email info@ifccenter.com with your contact info and we will follow up. We apologize for the inconvenience.

It’s hard to believe two decades have passed since director Mary Harron released AMERICAN PSYCHO. This satire on American’s reptilian capitalist brain is set during the late 1980s but still plays as if it were made last week. That’s a testament to Harron and cowriter-supporting actress Guinevere Turner’s appreciation for—and cheeky subversion of—Bret Easton Ellis’ source novel. But it’s also an acknowledgment that certain tendencies in the American character haven’t ebbed in 20 years, or 33—and maybe never will.
Christian Bale gives his first movie star performance as Patrick Bateman, a Manhattan investment banker whose identity is defined by money and material goods: the salary he pulls down, the expensive suits he wears, the beauty products he applies to his immaculate skin, the restaurants where he dines, the women he has sex with with, the pop music he monologues about. Patrick is a brawny metrosexual narcissist who admires himself in every reflective surface, and his world offers him so many available mirrors that he never lacks chances for self-regard. He is also, of course, a prolific serial killer, mainly of women, and his misogyny is bound up with his icy emptiness. Is there a there there? Not in any meaningful sense. When Patrick takes off his clothes or removes a mud mask, you half-expect to see through him like Claude Rains’ Invisible Man removing his bandages. The result is a gloriously detailed portrayed of disordered mind, comparable in force to A Clockwork Orange, Taxi Driver, and Fight Club.
Ellis is on record disliking Harron’s adaptation, and it’s easy to see why. In addition to the film’s somewhat detached, clinical perspective on Patrick’s vile blankness (the book was written in first-person, which made the depiction/endorsement issue harder to parse), Harron and Turner’s adaptation makes Patrick and all of the film’s other self-regarding, laughably fake-macho men seem as if they’re using money and influence to overcompensate for their deep dread of inadequacy. (When a group of Wall Street bros compares business cards, they whip them out of metal holders that make ridiculous switchblade sounds.) And then there’s the ending, which really needs to be seen and discussed with an audience.
Screening as part of our series Movies with MZS.