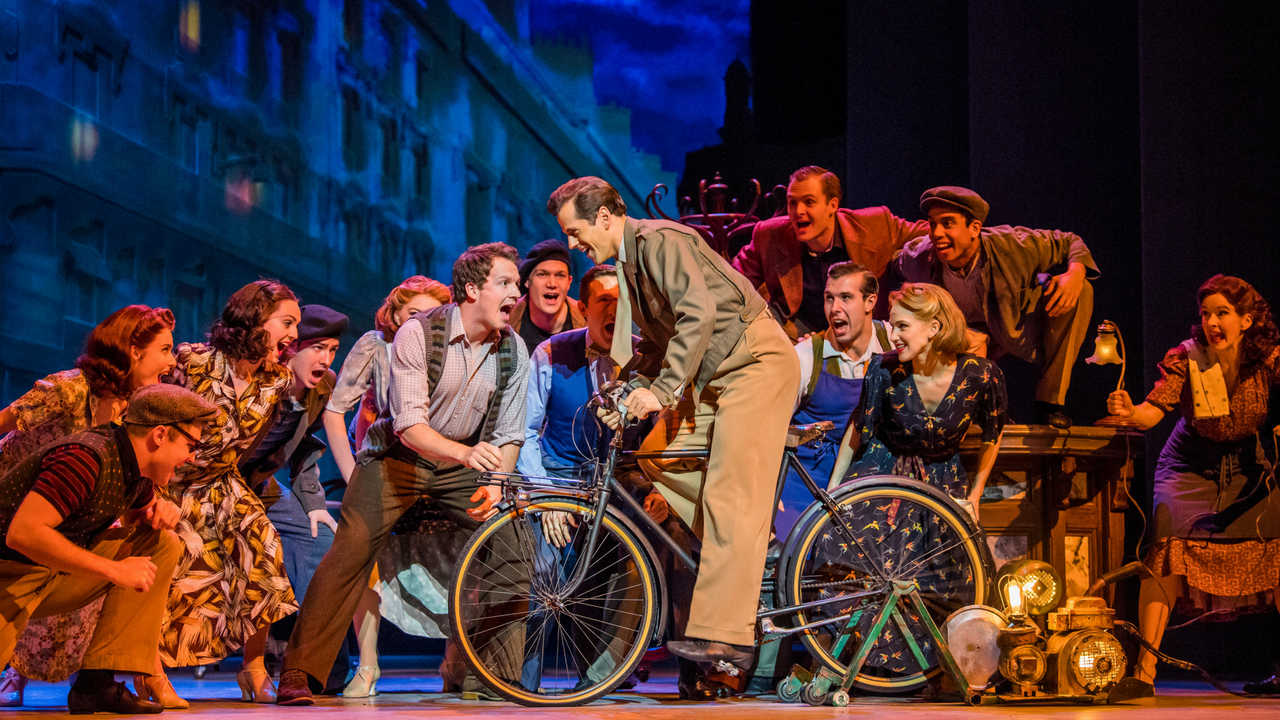 An American in Paris – A Musical

An American GI’s chance encounter with a beautiful young dancer leads Paris to become the backdrop to a sensuous, modern romance of art, friendship and love in the aftermath of war…
This breathtakingly beautiful Tony® Award-winning Broadway musical, inspired by the Oscar® winning MGM film, tells the impassioned story of discovering love in the ‘City of Light’. Featuring the gorgeous music and lyrics of George and Ira Gershwin, stunning designs, and show-stopping choreography. With a record-setting 28 five-star reviews from critics, An American in Paris is coming from London’s West End.

Experience this “old-fashioned, big-hearted spare-no-expense Broadway romance” (The Wall Street Journal) in the comfort of your local cinema.

“I would beg, borrow or steal to see it all again.” – Financial Times

“Far more than just another Broadway remake of a Hollywood movie.” Newsday

“The city of light is ablaze with movement in the rhapsodic new stage adaptation of An American in Paris.” – The New York Times