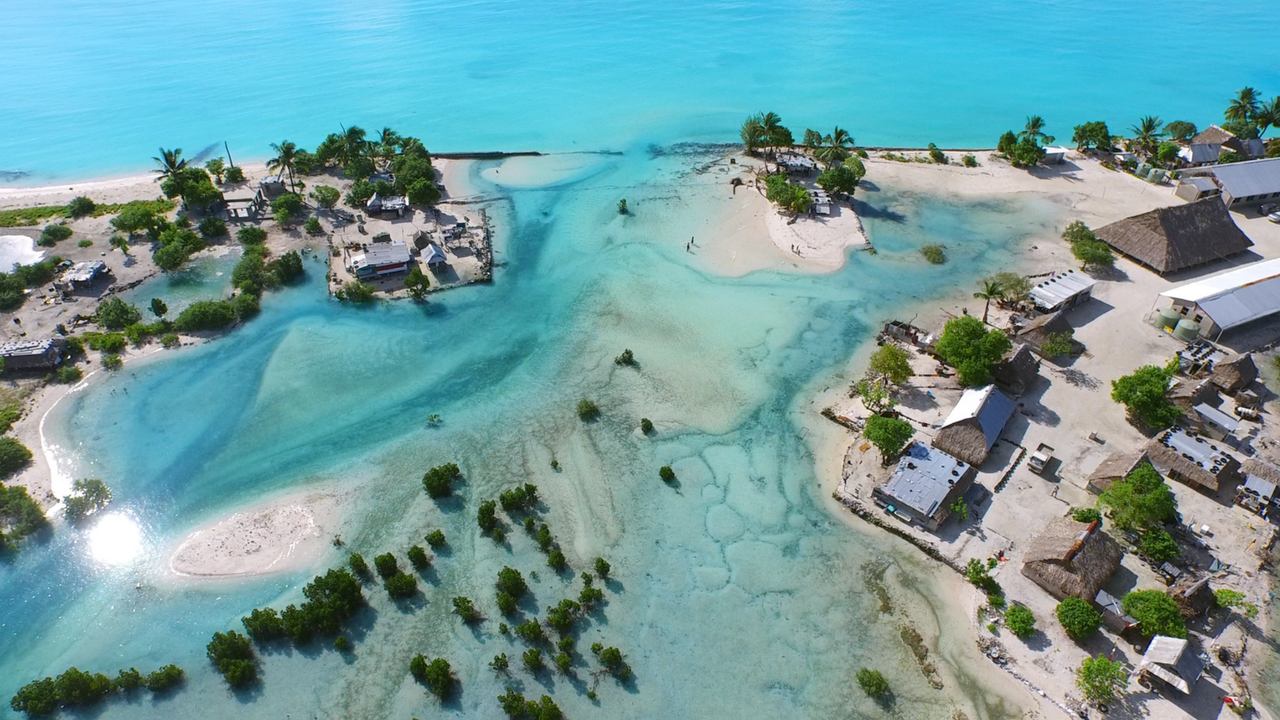 “I want to emphasize that climate change is not a political issue. It’s not entirely an economic issue. It’s an issue of survival. Maybe today for countries like mine. But in the future, for the planet as a whole.”
– Anote Tong, film subject, Anote’s Ark

What if your country was swallowed by the sea? The idyllic Pacific nation of Kiribati will be submerged within decades due to climate change. As President Anote Tong passionately embarks upon a race against time to save his people and 4,000 years of Kiribati culture, islanders are already feeling the pressure to relocate. Sermary, a young mother of six, must decide whether to use a sought-after lottery visa and leave her children behind to build a future for her family overseas. Set against the backdrop of international climate negotiations and the fight to recognize climate displacement as an urgent human rights issue, Anote’s Ark presents personal stories that serve as cautionary tales for the entire world.