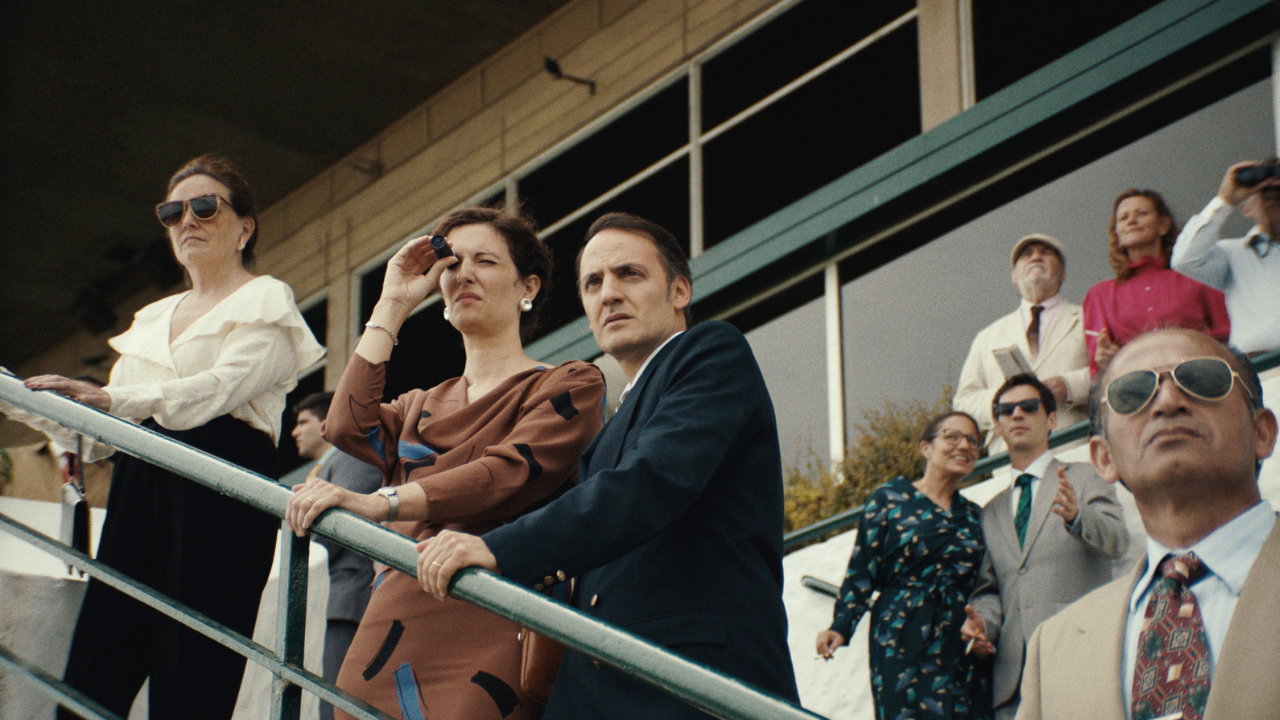 This remarkably assured debut unrolls in late 1970s Argentina, a country in the clutches of a military dictatorship where political violence simmers just below the surface. A Swiss banker (Two Days, One Night‘s Fabrizio Rongione) arrives in Buenos Aires to replace a mysteriously missing colleague and placate their moneyed clientele. Moving through the smoke-filled lounges and lush gardens of a society under intense surveillance, he finds himself untangling a sinister web of colonialism, high finance, and a nation’s “Dirty War.”