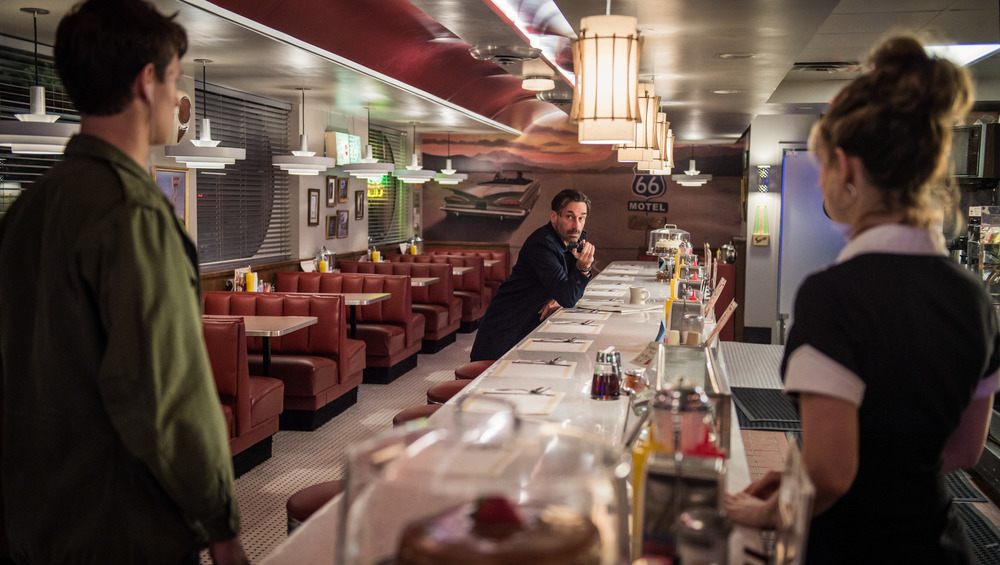 “In Baby Driver, the beautiful, stringy youth Ansel Elgort plays the title character, the designated driver for an icy Atlanta crime boss who calls himself Doc (Kevin Spacey). Members of Doc’s heist teams change, but there always seems to be one paranoid hothead who gets edgy because Baby never talks and always has headphones on. Is he a mute? Is he slow? No, but Baby has a hell of a backstory involving a car crash and a rash juvenile robbery spree that put him in Doc’s debt. As the movie begins, he’s on the verge of paying off that debt and becoming free.” – Vulture