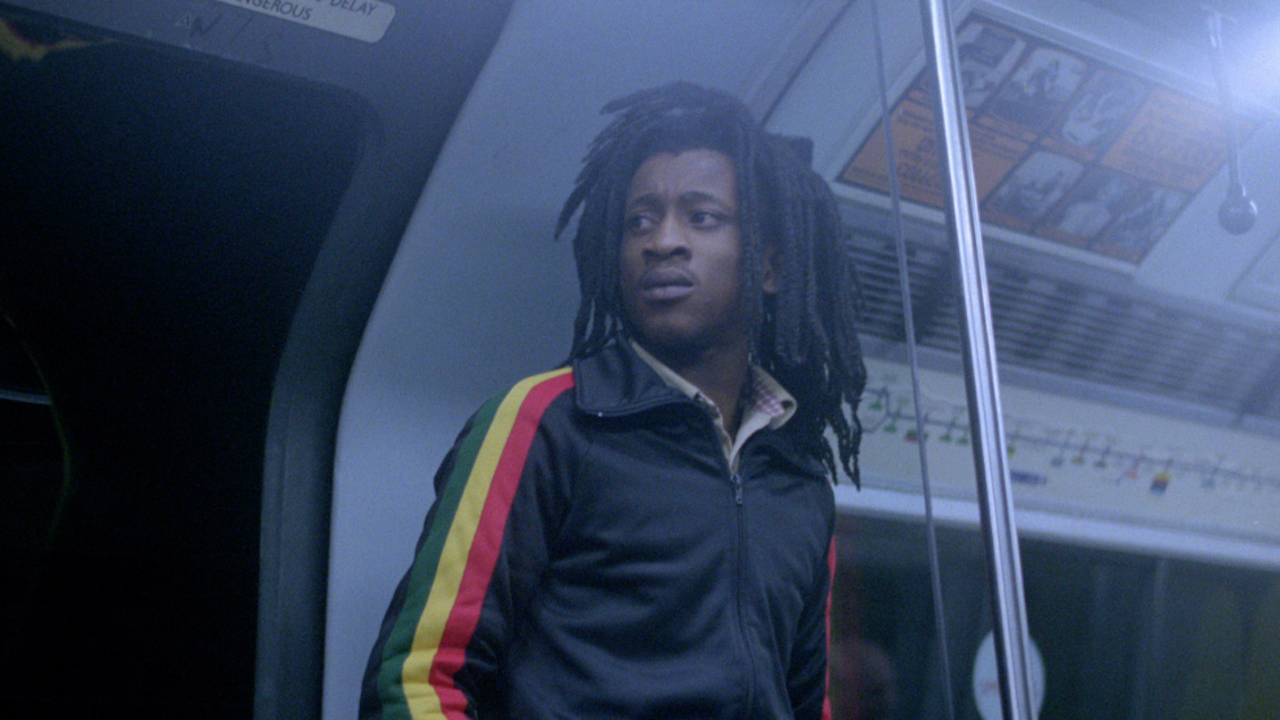 Franco Rosso’s incendiary BABYLON had its world premiere at Cannes in 1980 but went unreleased in the U.S. for “being too controversial, and likely to incite racial tension” (Vivien Goldman, Time Out). Raw and smoldering, it follows a young dancehall DJ (Brinsley Forde, frontman of landmark British reggae group Aswad) in South London as he pursues his musical ambitions, battling fiercely against the racism and xenophobia of employers, neighbors, police, and the National Front. Written by Martin Stellman (Quadrophenia) and shot by two-time Oscar® winner Chris Menges (The Killing Fields) with beautifully smoky cinematography that has been compared to Taxi Driver, BABYLON is fearless and unsentimental, yet tempered by the hazy bliss of the dancehall set to a blistering reggae and lovers rock soundtrack featuring Aswad, Johnny Clarke, Dennis Bovell, and more.