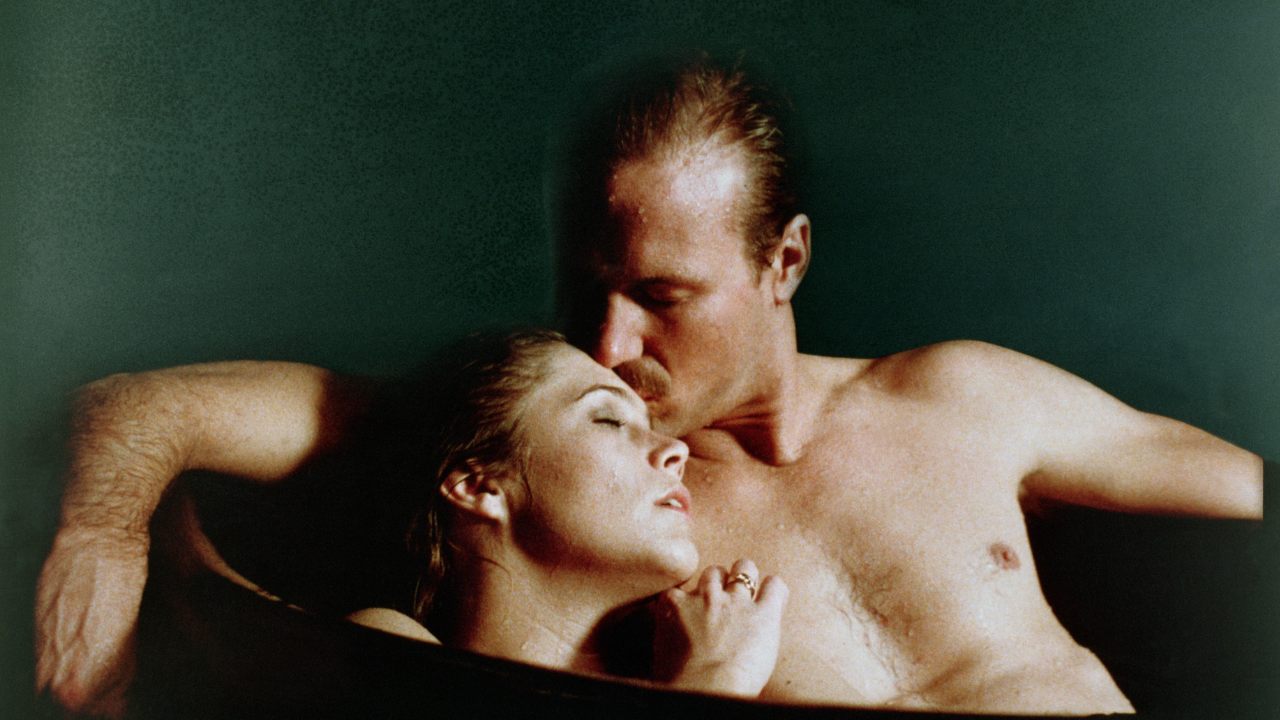 “You’re not too smart, are you? I like that in a man.” BODY HEAT’s femme fatale Matty Walker (Kathleen Turner) sums up the history of film noir in that statement to  Florida lawyer Ned Racine (William Hurt), her target in a plot to murder her rich husband (Richard Crenna) in what looks like an accident, then live off his inherited wealth. In classic noir tradition, Ned is smug enough to think she’s just bantering rather than rendering a value judgment. The mark in a film like BODY HEAT always thinks he’s too smart to get rooked by a dame, then finds out otherwise, usually while lying in a pool of his own blood or waiting for the electric chair.

Written and directed by Lawrence Kasdan, a wunderkind filmmaker fresh off co-writing The Empire Strikes Back for George Lucas, and shot and cut by the husband-wife team of cinematographer John Bailey and editor Carol Littleton, BODY HEAT is a marvelous, self-aware continuation of a grand tradition that brings 1940s tropes into the ’80s, pushing hard-boiled attitude right up to the brink of parody. More than one critic at the time noted that it didn’t make a lot of sense for the film’s lead characters to speak in the kind of erotically charged innuendo that was once written to get around censorship, then show them actually having sex, but that’s a big part of what makes the film feel simultaneously knowing and naive, classic and modern. Hurt’s nascent stardom (which kicked off the preceding summer with Altered States) was cemented by this film, which also elevated Turner (in her first leading role), Ted Danson (as Ned’s nerdy, chatterbox best friend, just a year away from starring in Cheers), and a smoldering young whisperer named Mickey Rourke, who has just two brief scenes as an arsonist but tucks the film into his back pocket like a stolen pack of cigarettes. — MZS

Followed by a conversation with Matt Zoller Seitz and Imogen Sara Smith, a film critic and historian based in New York City. She is the author of two books, most recently In Lonely Places: Film Noir Beyond the City, and her writing has appeared in Film Comment, Sight & Sound, Cineaste, Reverse Shot, The Criterion Collection, and many other venues.