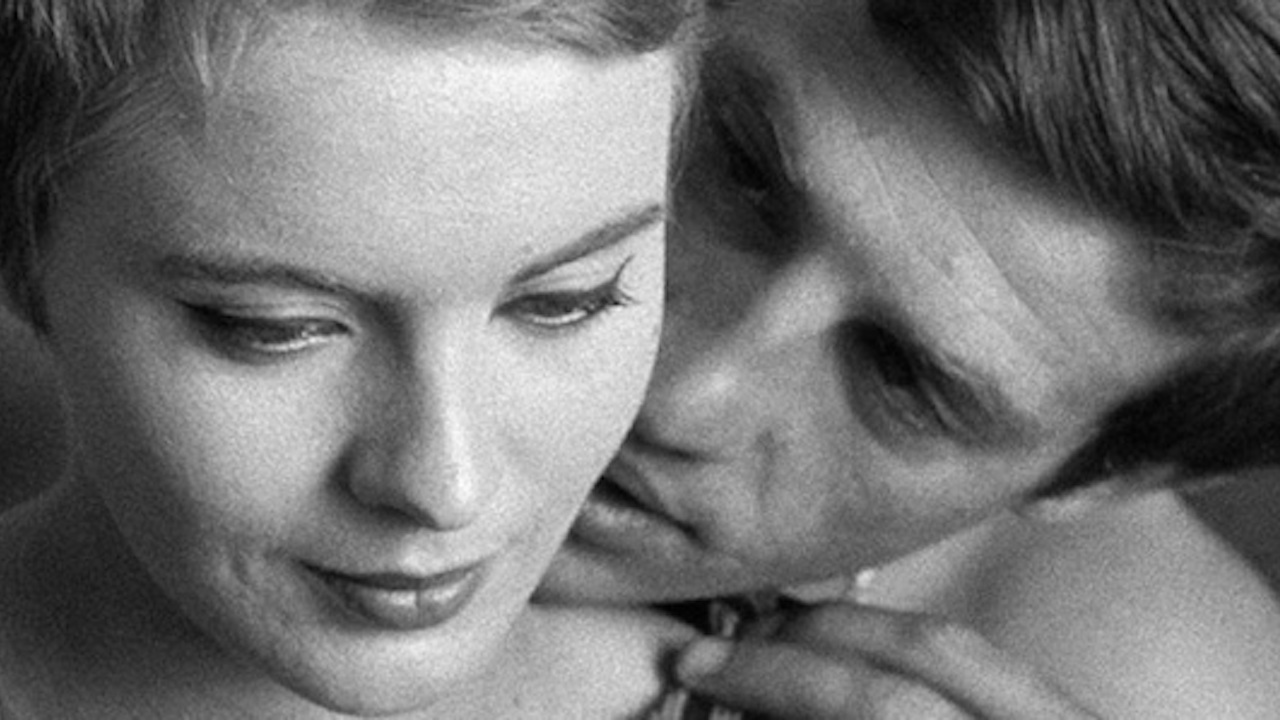 “Shot on a shoestring and none the worse for it, Jean-Luc Godard’s gritty and engaging first feature had an almost revolutionary impact when first released in 1960. It lays down most of the Godardian repertoire that the later films would build upon: male bravado spiced with plug-ugly mugging and amusing self-mockery (brought to perfection in Jean-Paul Belmondo’s wonderful performance); a fascination with female beauty and treachery (the indelible Jean Seberg as the archetypal American abroad); an emulation of the American gangster movie, and a love-hatred for America in general; radically employed jump cuts that have the effect of a needle skipping gaily across a record; and a taste for literary, painterly, and musical quotations, as well as original aphorisms. Less characteristic of Godard’s later work are the superb jazz score (by French pianist Martial Solal), a relatively coherent and continuous narrative, and postsynchronized dialogue.” – Jonathan Rosenbaum, Chicago Reader