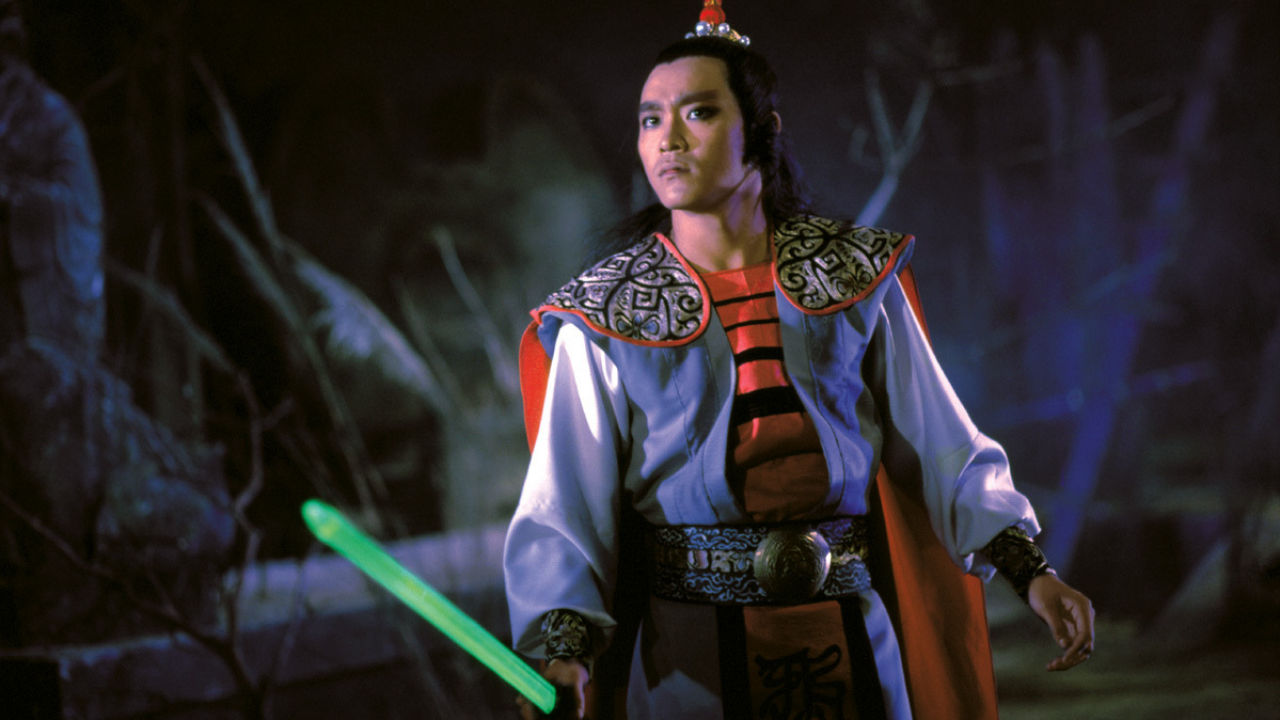 ** Please note the late-night screenings on Fri 12/14 – Sat 12/15 begin at 12:20am, not 11:59pm! **
“A fun-filled ‘80s reboot of the classic ‘60s Shaw Brothers series, featuring super-extending legs delivering kicks from a distance, dwarfs that squirt ALIEN-like acid puss from their spots, and pet dragons.  There’s direct reference to Hollywood fantasy output of the time, particularly STAR WARS and SUPERMAN.
Ku Han-hun (Alex Man Chi-leung) — upon finding his master near death after locking himself away in the hall of a Thousand Buddhas, learning its secrets – carries out his revenge against the entire kung fu community.  He does a pretty good job using his master’s Buddha’s Palm technique — a style that amounts to a holding a martial art stance while animated palms and swastikas (in their original Buddhist context) emanate from his hands.  In fact only four clan heads can withstand this self-christened ‘Evil Fire God’s’ power.  After a terrible battle at Tianshan these four hold fast against Han-hun, and leave him for dead.  And that’s just the opening credits…”  (Andrew Heskins, Eastern Kicks)