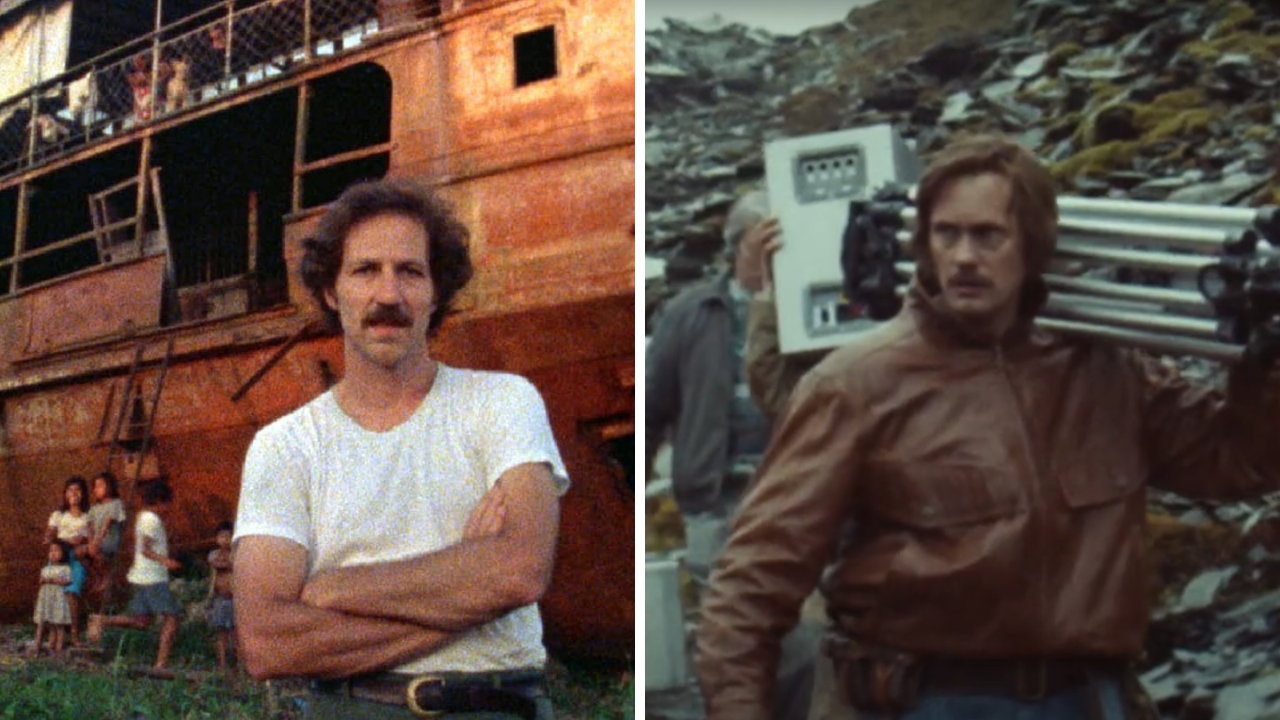 For nearly five years, acclaimed German filmmaker Werner Herzog desperately tried to complete one of the most ambitious and difficult films of his career, Fitzcarraldo, the story of one man’s attempt to build an opera house deep in the Amazon jungle. Documentary filmmaker Les Blank captured the unfolding of this production, made more perilous by Herzog’s determination to shoot the most daunting scenes without models or special effects, including a sequence requiring hundreds of indigenous Peruvians to pull a full-size, 320-ton steamship over a small mountain. The result is an extraordinary document of the filmmaking process and a unique look into the single-minded mission of one of cinema’s most fearless directors.

In the early 1980s, a visionary German filmmaker (Skarsgård) tries to will his magnum opus into existence while working in the remote, punishing conditions of the Russian Ular mountains.