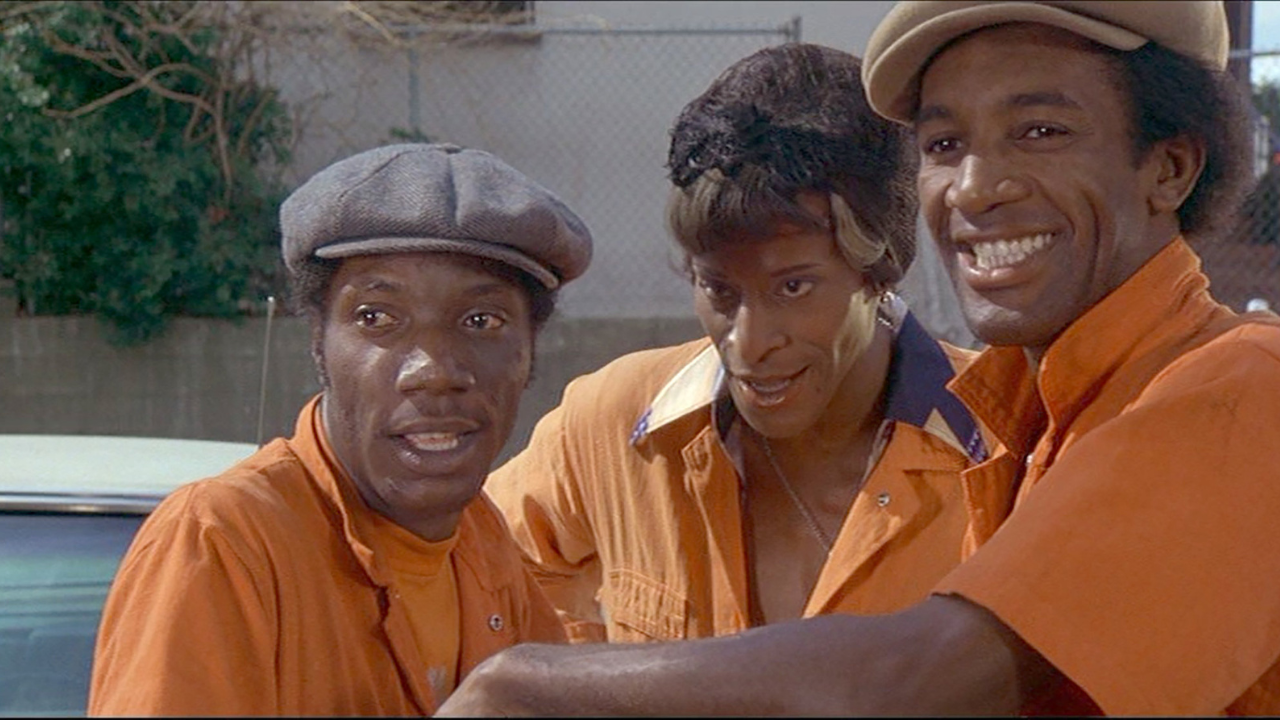 “The boss is named Mr. B. and he walks around with a dead cigar stuck in his face, pleading “Wash the cars! Wash the cars!” But that’s the last thing they get around to in “Car Wash,” a sunny, lively comedy.

“The movie covers a day in the life of the DeLuxe Car Wash, down from the Strip in Los Angeles, and by actual count only three totally sane people stop by all day. We meet the rest in a dizzying, nonstop kaleidoscope of cars, soul music, characters, crises, crazy kids on skateboards, hookers, television preachers, and lots of suds and hot wax — not to mention the Mad Pop Bottle Bomber, whose bottle turns out to be a cruel disappointment. The movie’s put together with a manic energy, we never even quite get introduced to half the people in the cast, but by the movie’s end we know them, and what they’re up to, and we like them.” – Roger Ebert, The Chicago Tribune

Screening as part of a 7-film retrospective accompanying Elvis Mitchell’s IS THAT BLACK ENOUGH FOR YOU?!