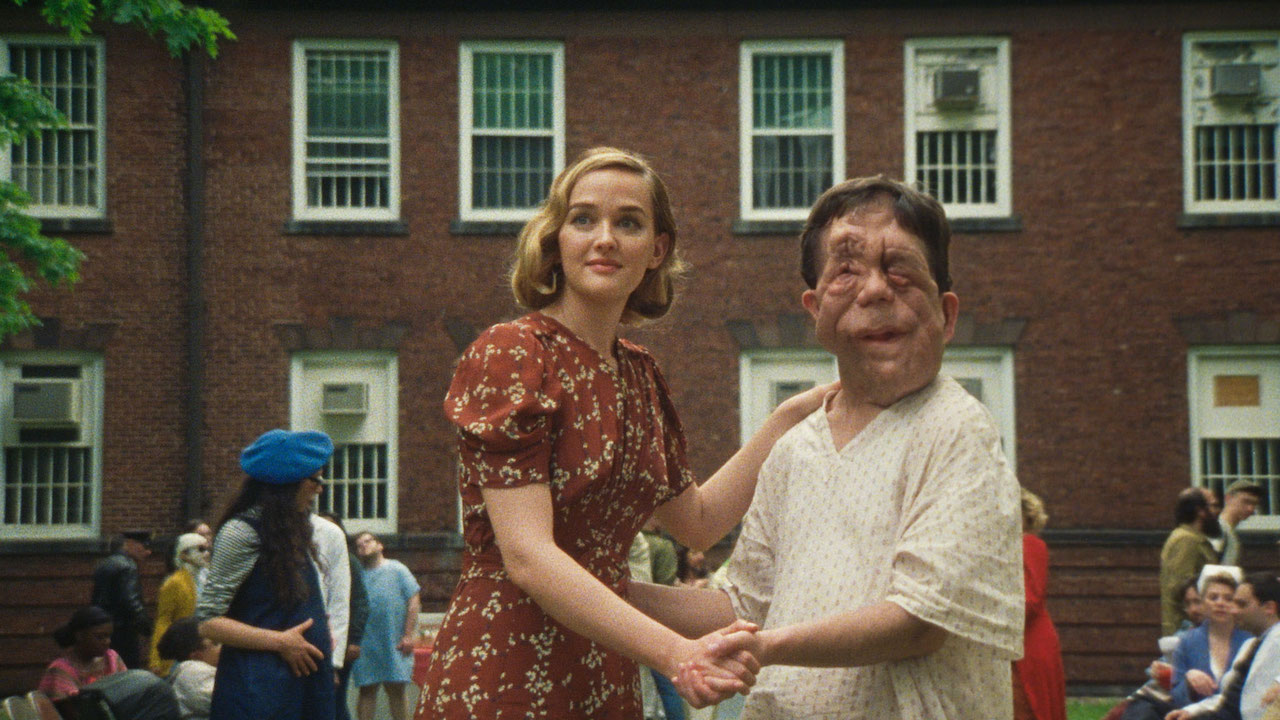 “Building on the promise of his hallucinogenic debut Go Down Death, filmmaker Aaron Schimberg delivers another brilliantly oddball, acerbically funny foray into gonzo surrealism. In a deft tragicomic performance, Jess Weixler (Teeth) plays Mabel, a movie star “slumming it” in an outré art-horror film being shot in a semi-abandoned hospital. Cast opposite her is Rosenthal (Under the Skin‘s Adam Pearson), a gentle-natured young man with a severe facial deformity. As their relationship evolves both on and offscreen, Schimberg raises provocative questions about cinematic notions of beauty, representation, and exploitation. Tod Browning crossed with Robert Altman crossed with David Lynch only begins to describe something this startlingly original and deeply felt.” – BAMcinemaFest

“Bizarre and beautiful. Leaves us on thrillingly shifty ground.” – The Hollywood Reporter

“Mesmerizing. A remarkable mind trip of a movie sure to leave audiences reeling.” – Indiewire

“Razor-sharp. Mesmerizingly close to the sensation of a waking dream.” – Village Voice