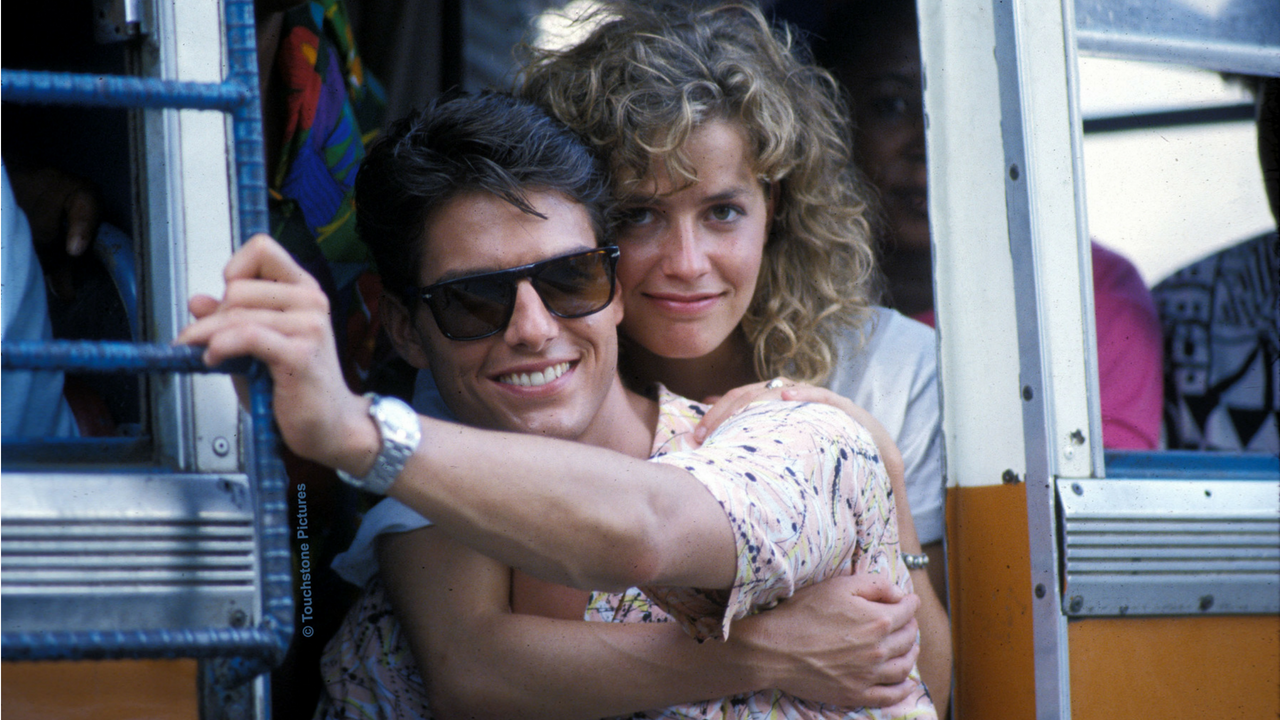 “Early in the film, there’s a scene where the two bartenders stage an elaborately choreographed act behind the bar. They juggle bottles in unison, one spins ice cubes into the air and the other one catches them, and then they flip bottles at each other like a couple of circus jugglers. All of this is done to rock ‘n’ roll music, and it takes them about four minutes to make two drinks. They get a roaring ovation from the customers in their crowded bar, which is a tip-off to the movie’s glossy phoniness. This isn’t bartending, it’s a music video, and real drinkers wouldn’t applaud, they’d shout: “Shut up and pour!” The bartenders in the film are played by Tom Cruise, as a young ex-serviceman who dreams of becoming a millionaire, and Bryan Brown, as a hard-bitten veteran who has lots of cynical advice. Brown advises Cruise to keep his eyes open for a “rich chick,” because that’s his ticket to someday opening his own bar. Cruise is ready for this advice.

In the real world, Cruise and Brown would be fired for their time-wasting grandstanding behind the bar, but in this movie they get hired to work in a fancy disco where they have a fight over a girl and Cruise heads for Jamaica.

There, as elsewhere, his twinkling eyes and friendly smile seem irresistible to the women on the other side of the bar, and he lives in a world of one-night stands.

What do you think? Do you believe a millionaire Manhattan woman executive in her 30s would sleep with a wildly promiscuous bartender she picks up on the beach? Not unless she was seriously drunk.” – Roger Ebert (1988)