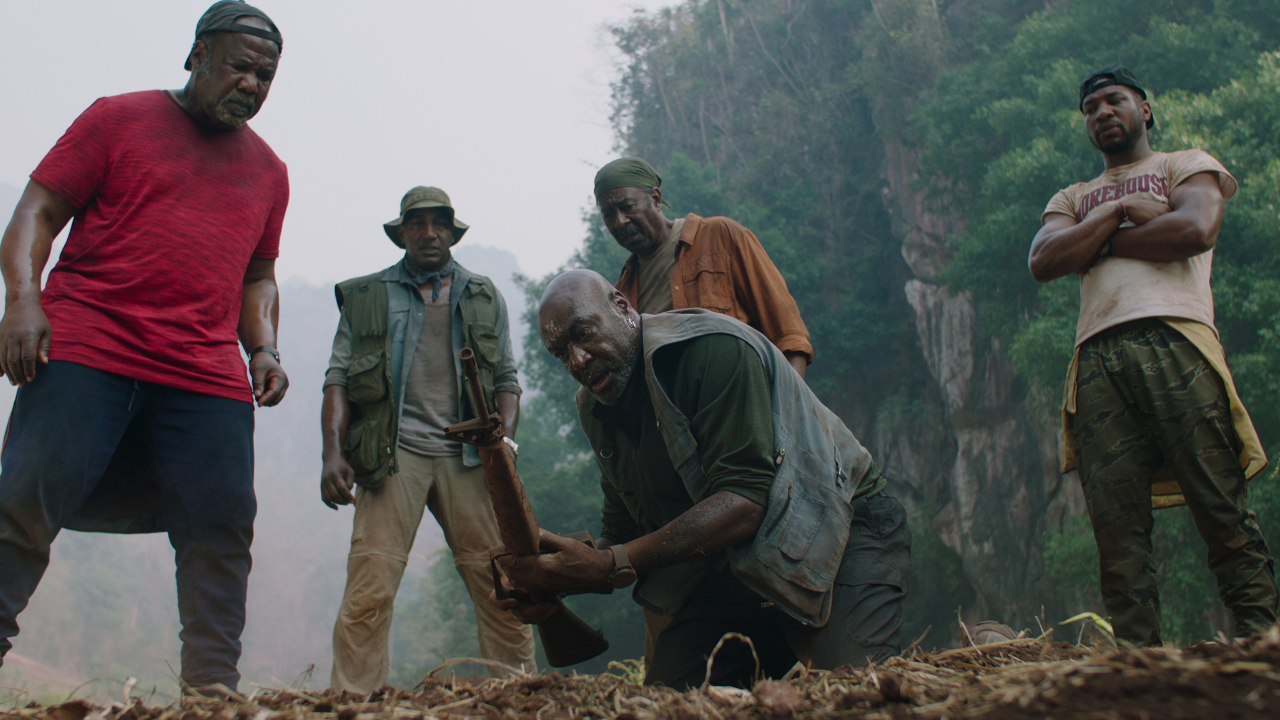 From Academy Award® Winner Spike Lee comes a New Joint: the story of four African-American Vets — Paul (Delroy Lindo), Otis (Clarke Peters), Eddie (Norm Lewis), and Melvin (Isiah Whitlock, Jr.) — who return to Vietnam. Searching for the remains of their fallen Squad Leader (Chadwick Boseman) and the promise of buried treasure, our heroes, joined by Paul’s concerned son (Jonathan Majors), battle forces of Man and Nature — while confronted by the lasting ravages of The Immorality of The Vietnam War.

Nominated for Best Original Music at the 93rd Academy Awards

All screenings of DA 5 BLOODS feature an exclusive video introduction from filmmaker Spike Lee, recorded to welcome back audiences to IFC Center for our reopening. Watch a compilation of highlights from all the filmmaker intros we received here.