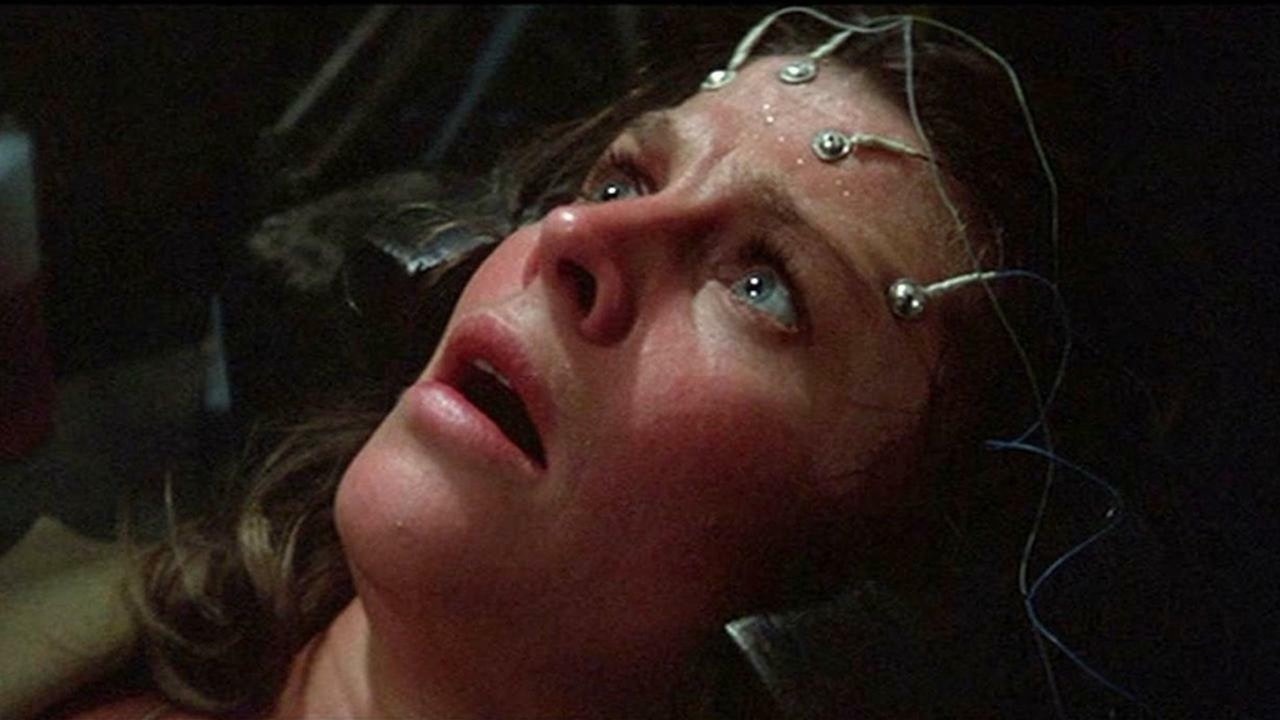 “In this techno-erotic horror movie, from 1977, Julie Christie is sensational as a sometime child psychotherapist stuck in a loveless marriage with a computer whiz (Fritz Weaver). His greatest accomplishment is a thinking supercomputer called Proteus IV—which isn’t satisfied with being a machine. After wife and husband separate, Proteus IV takes one look at the woman of the house and decides to father a child with her. Proteus IV may sound like HAL with a sore throat, but he comes off as more of a humanitarian than his human masters (who want to use him for lucrative projects like strip-mining the ocean floor), and he insists that his child will make computers, not humans, obsolete. Although half the film is taken up with the computer’s bullying of Christie, the director, Donald Cammell, doesn’t control the sex-charged situations in the same way that, say, William Wyler did in “The Collector.” But Cammell does stage a stunning action set piece of Proteus IV battling a young scientist (Gerrit Graham), and Christie’s passionate, vulnerable performance keeps pulling the entire movie into her point of view.” – Michael Sragow, New Yorker