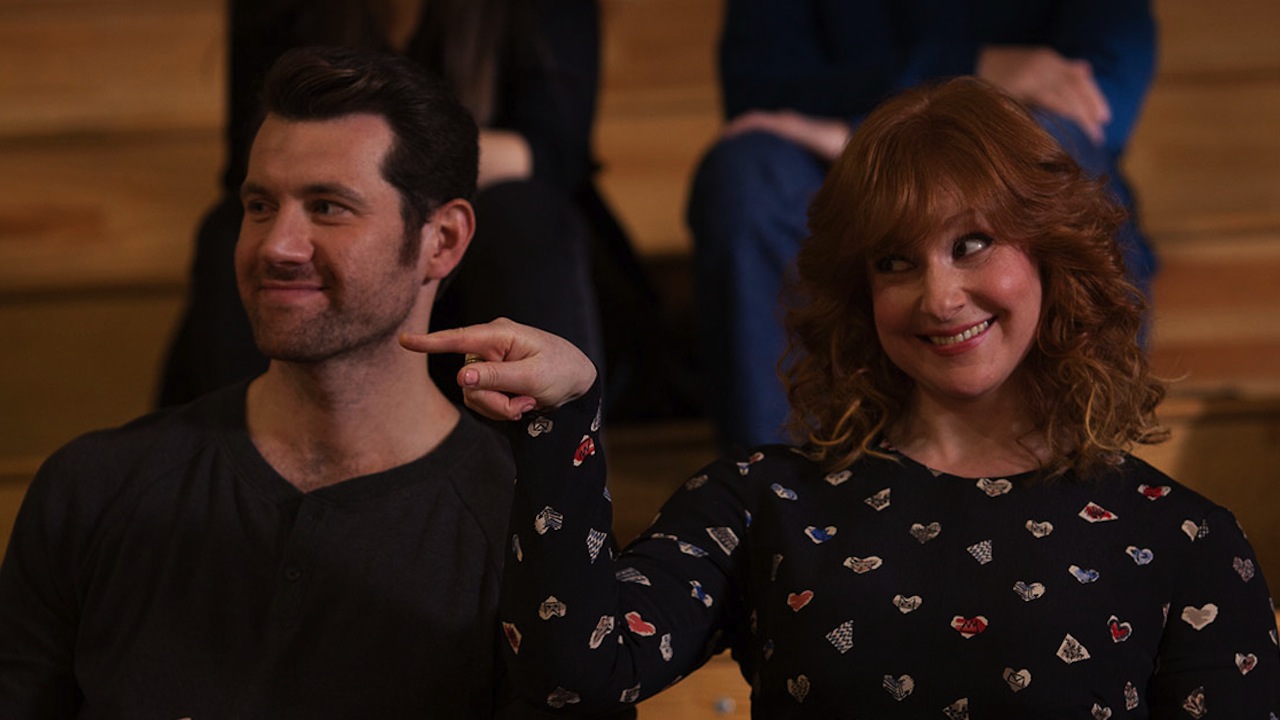 Julie Klausner’s series about brilliant, acerbic, self-defeating best buds on the fringes of stardom is tailor-made for the YouTube era, when artists and entertainers act as their own agents, publicists and managers and watch their colleagues’ successes and failures unfold in real time, with envy or glee, depending.

Julie (Klausner) and Billy (Billy Eichner) keep hatching schemes like a couple of Lucy Ricardos, even though their quest is motivated less by a burning urge to express themselves than a lust for fame and comfort. They pop others’ delusions and preserve their own, but even at their pettiest, there are moments when they speak the truth, and some of their most penetrating insights have to do with the show you’re watching and the medium that spawned it. One of Difficult People’s fiercest convictions is that a sitcom’s first obligation is to be funny and engaging, a surprisingly contrarian point of view now that every form of scripted entertainment is striving to subvert rather than embrace proven formulas. “When did comedies become 30-minute dramas?” Billy asks, with an aghast tone that suggests Difficult People is not interested in becoming one.