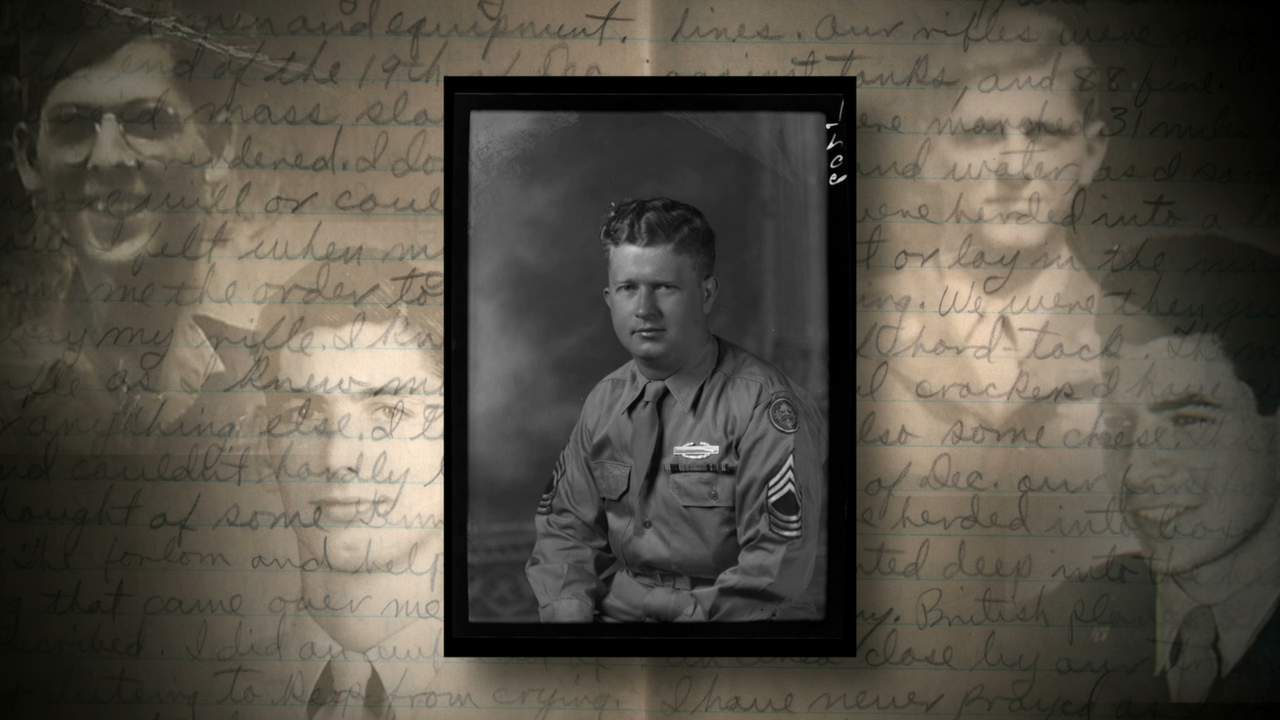 Footsteps of My Father

“Footsteps of My Father” uncovers an act of extraordinary courage by Master Sergeant Roddie Edmonds, a devout Christian from Tennessee who risked his own life to save the lives of 200 Jewish G.I.s when they were prisoners of the Germans in WWII.

This act of bravery would have been forgotten and lost to history, had it not been for the rediscovery of Edmonds’ private diary, by his son, Chris Edmonds, a Tennessee pastor, and a chance encounter with one of the surviving Jewish American P.O.W.s.

Pastor Chris Edmonds sets out to follow the footsteps of his father, discovering the truth about the brutality inflicted on captured Jewish American G.I.s, and searching for the men, and their families, who he saved.

Roddie Edmonds passed away before knowing the enormous impact of his bravery, and before knowing he would be the only American soldier ever recognized by Yad Vashem as Righteous Among the Nations.

Edmonds never spoke of his heroism to anyone. Now, through his own words, written in his own hand, his voice can be heard.