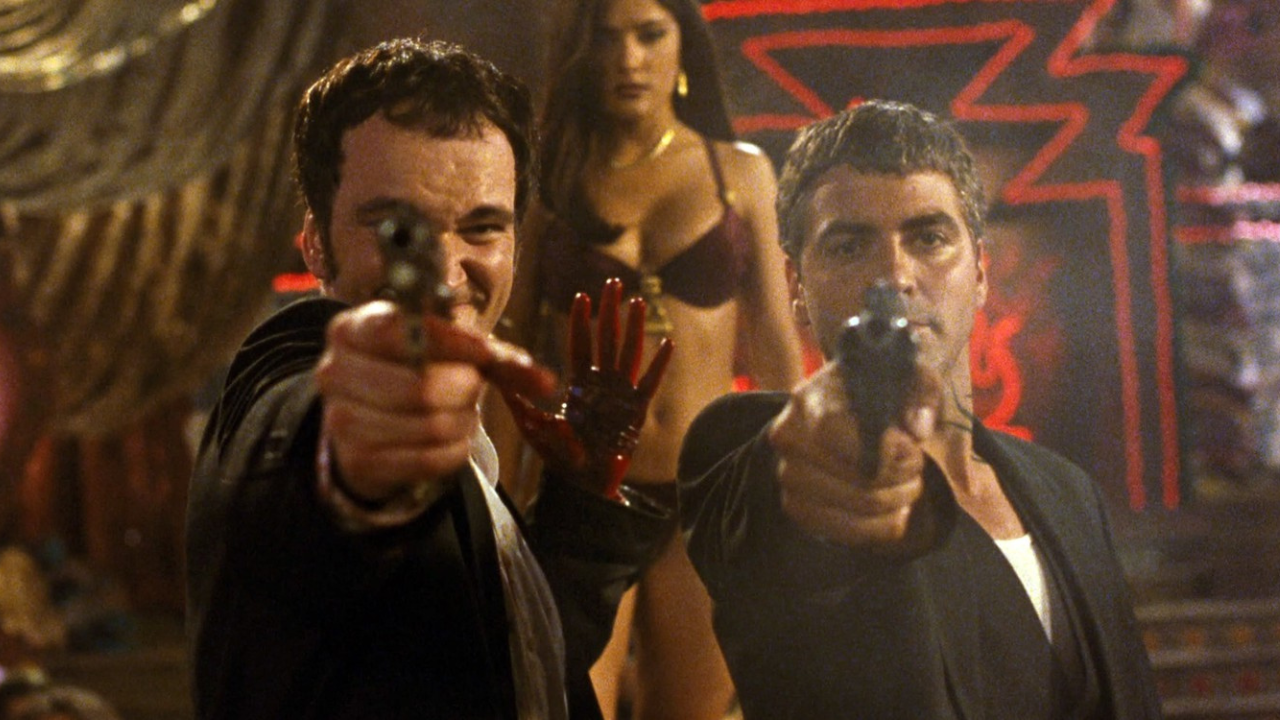 From Dusk Till Dawn

“It might be more interesting to watch this Tarantino/Rodriguez film without knowing what’s in store, in which case, skip this review and take your chances. But don’t come running back to me if double-barrelled schizophrenic gun-crazy gut-shot evangelical sleaze, incendiary, popcorn-blowing macho mayhem, slinky, soul-searching zombie strippers, and vampiric cult-infested cinemania don’t light your pipe. Tarantino and Clooney are the Gecko brothers, sick and ruthless killers, respectively. They commandeer the motor home of the Rev Fuller (Keitel) to evade the cops en route to a midnight rendezvous at the Titty Twister, hottest whorehouse in all Mexico. Along for the ride are Fuller’s teen kids, and the Reverend himself, who has most definitely picked the wrong day to lose his faith. Written by Tarantino in 1990 on a commission from a special effects company, the film is aimed squarely at (male) horror movie fans who appreciate the nuances of impalement by pool cue, pencil and table leg. Rodriguez has a lot of fun dreaming up cool ways to kill people (he’s making this his life’s work), but he also gets something resembling a performance from Tarantino and transforms Clooney into a full-fledged movie star. Bikers, head-bangers and film geeks will rave to the grave.” – Time Out