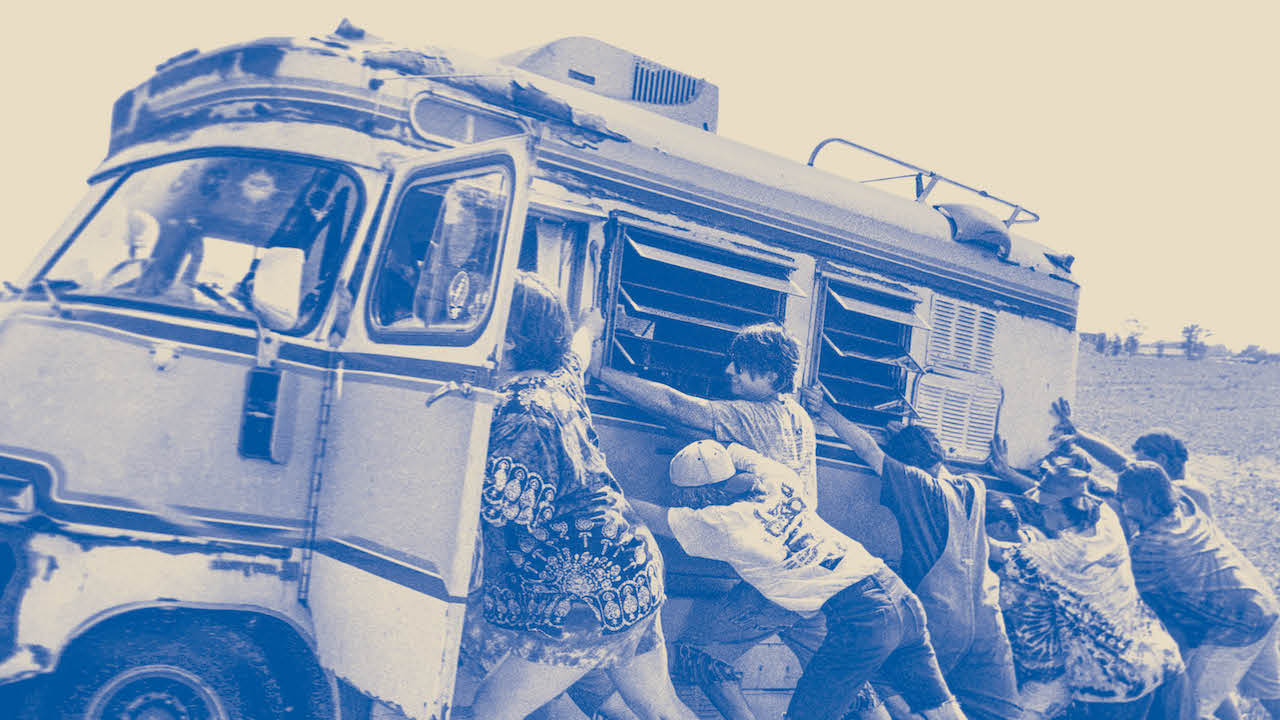 Grateful Dead Meet-Up at the Movies 2019

Come one, come all! Join Dead Heads in your neighborhood – and around the world – when Trafalgar Releasing and Rhino Entertainment celebrate the 9th Annual GRATEFUL DEAD MEET-UP AT THE MOVIES. This can’t-miss event – the first to go global – features the previously unreleased complete June 17, 1991 concert from Giants Stadium. Widely considered one of the greatest shows of the band’s final decade of performing, 6/17/91 also sounds unlike any Dead show you’ve ever heard as it was one of only two recorded on 48-track. Mixed by Jeffrey Norman in glorious surround sound with video from the multi-camera live edit, this will be the first time the Bruce Hornsby and Vince Welnick line-up has ever appeared on the big screen.

Opening with a shocking “Eyes Of The World,” the Dead were firing on all cylinders from the opening notes of the show, mixing beloved classics like “Truckin’” and “Uncle John’s Band” with rarities including “Saint Of Circumstance,” “Might As Well,” “New Speedway Boogie,” and “China Doll.” But the real standout was the recurrence of “Dark Star,” which wove in and out of the setlist, making no less than six distinct appearances and teases during the show.  The Dead capped off the spectacular night with a perfect song to send the crowd on its way – The Band’s “The Weight.”

As a special treat, this extraordinary screening will also feature a reveal of the Grateful Dead’s 2019 boxed set, featuring the Dead’s legacy manager, archivist and producer David Lemieux.