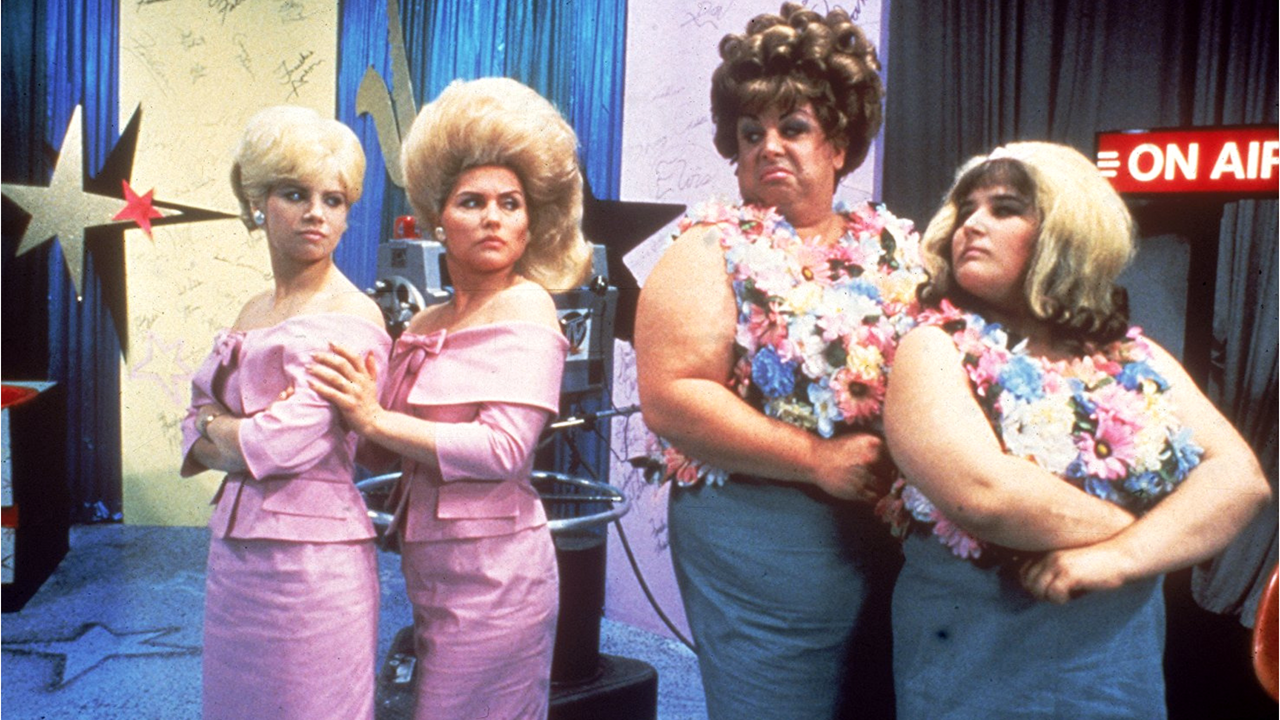 Additional showtimes for full-week revival run to be announced!

“Set in 1962 Baltimore, ‘Hairspray’ revolves around Tracy Turnblad (Ricki Lake) a chubby teenager who loves to do the Madison, the Mashed Potato and the Twist and who wins a dance competition on “The Corny Collins Show.” Not only does Tracy become a regular on the popular weekday series but she also wins the heart of handsome dancer Link Larkin (Michael St. Gerard), much to the chagrin of the spoiled teen drama queen on the dance show, Amber Von Tussle (Colleen Fitzpatrick). And it’s not long long before Tracy uses her newfound celebrity to fight segregation on ‘Corny Collins.’

Divine, in his last film role, plays Tracy’s loving mother, Edna, who spends her days ironing clothes for neighbors, as well as the racist owner of the TV station; Jerry Stiller is Tracy’s loving father, Wilbur, who owns a joke shop; Zadora and Ric Ocasek are beatniks; Sonny Bono and Harry are Amber’s ruthless parents; and Stole plays Tammy, Corny’s assistant. Deane actually appears as a TV news journalist, a young Josh Charles pops up as a regular on ‘The Corny Collins Show’ and John Waters plays a bizarre shrink who desperately needs his own shrink.

Waters jokes that ‘Hairspray’ is the “gift that keeps on giving” because it became the basis for the Tony Award-winning 2002 Broadway musical, a 2007 film version of the Broadway show and a live NBC broadcast in 2016 of the musical.” – Los Angeles Times

“Not only Waters’ best movie, but a crossover gesture that expands his appeal without compromising his vision one iota; Ricki Lake as the hefty young heroine is especially delightful.” – Jonathan Rosenbaum, Chicago Reader

“Hilarious… Waters writes warmth into his caricatures, lifting ‘Hairspray’ above cartoon cult. You love ’em all, whether it’s Divine squeezed into a tight, groovy little number she picked off the rack at the ‘Hefty Hideaway’ shop, or Pia Zadora’s Beatnik, who thinks she is Odetta, or the demented Dr. Frederickson (Waters himself), a psychoanalyst who assails Tracy with a psychedelic pinwheel and a sort of fluorescent electric cattle prod for teens. It seems inappropriate to call ick noir auteur Waters a breath of fresh air. But, amid the stale odor of our man-made, musty, Muzaked lives, he’s a welcome gust of Renuzit.” – Desson Howe, Washington Post

Playing in conjunction with FEMALE TROUBLE (1974), newly restored by Criterion, which will have a Q&A with John Waters after the 9:20pm show on Fri Jul 27!

“A triumph... Waters’ most daring movie. A deliriously fast and funny satire of the 60s.”