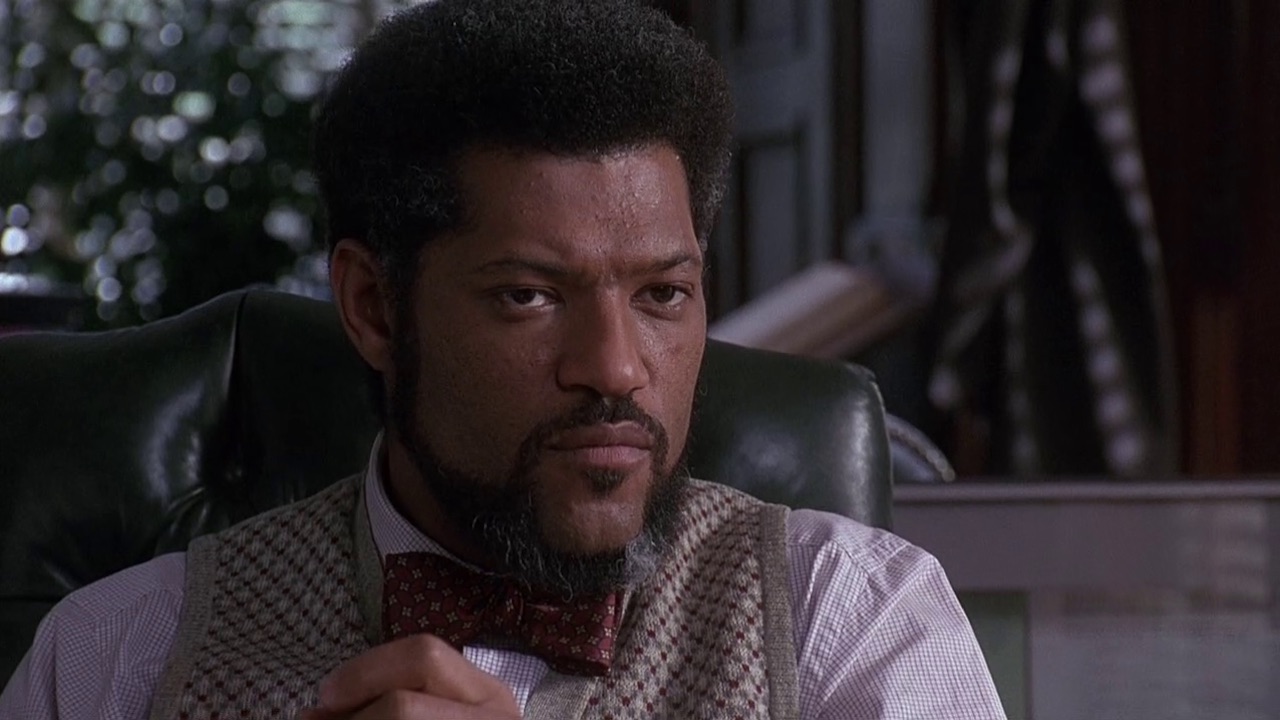 Staff Pick! Chosen by Kashif who says, “John Singleton, Ice Cube, Larry Fishburne. No brainer!” and Marilyn who says, “A film that is not only relevant today as it was almost 25 years ago, but rings true. I admired Singleton’s transparency and appreciated the rawness of the characters.”

“The college campus in John Singleton’s new film is a racial and ideological war zone, where students rarely talk to other students who are not more or less just like themselves. Early in the film, a black freshman is given a tour of the turfs staked out by various racial groups: “There’s Chinatown…the Black Hole… Disneyland…South of the Border…” The enforced segregation of the past has been replaced by a new, voluntary xenophobia, and the result is a dreary place in which people define themselves by negatives.

“HIGHER LEARNING is Singleton’s third film, after the great Boyz N the Hood (1991) and the more meandering, romantic Poetic Justice (1993). He may be following, in some way, the threads of his own autobiography, in these three films about teenagers in South Central Los Angeles, young people working for the post office, and now freshmen in college. He sees with a clear eye and a strong will, and is not persuaded by fashionable ideologies. His movies are thought-provoking because he uses familiar kinds of characters and then asks hard questions about them.” – Roger Ebert (1995)