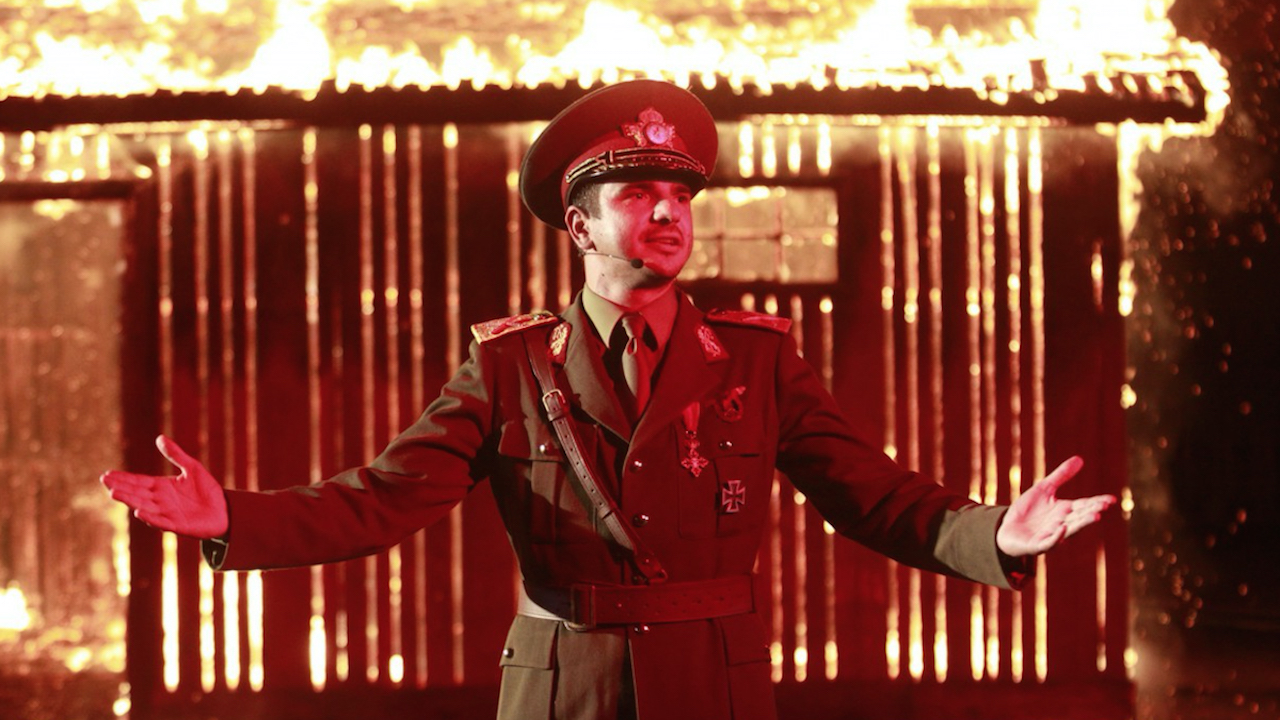 “I do not care if we go down in history as barbarians.” These words, spoken by Romania’s military dictator Marshal Ion Antonescu in the Council of Ministers in the summer of 1941, started the ethnic cleansing on the Eastern Front.

“Tasked with staging a public performance relating to Romanian history, an idealistic theatre director opts to stage a re-enactment of a 1941 massacre of tens of thousands of Jews by Romanian troops. Her choice angers a city official who threatens to close the production because of its “anti-Romanian” take on history. However, the reaction to the piece is one that neither anticipated. This internationally-acclaimed dark satire is a timely statement about the consequences of selective and willful amnesia on a society fueled by populist sentiments.” – Toronto Jewish Film Festival

Radu Jude’s sixth feature comes on the heels of a pair of critical favorites—AFERIM!, featured on New York Times critic A.O. Scott’s “Best of 2016” list; and Scarred Hearts, which made The New Yorker critic Richard Brody’s “Best of 2018” list. Jude, whose earlier fiction feature films (The Happiest Girl in the World and Everybody in Our Family) received accolades at numerous festivals in Europe and the US, is also known for a string of prize-winning short films, including The Tube with a Hat (2006), which took the top prize at Sundance and 15 other awards at festivals around the world.