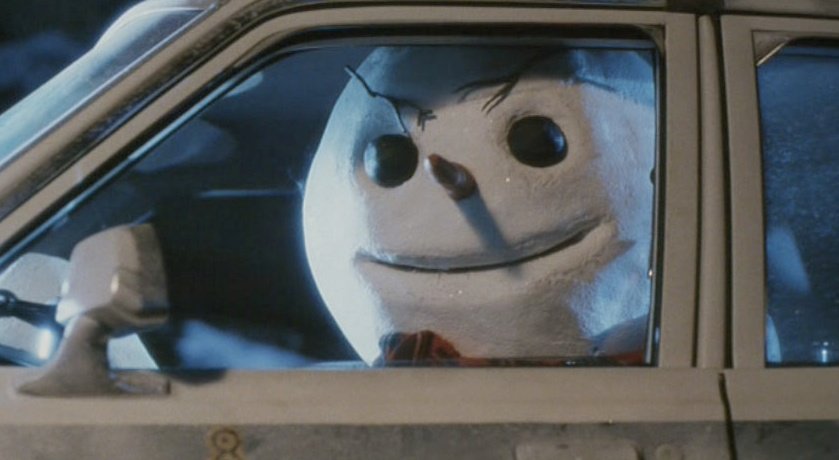 “JACK FROST is a film that has become a cult classic. The effects are simply horrendous and most of the snow doesn’t even convincingly look like snow (and by most, we mean ‘all’). We also really appreciate JACK FROST’S score which incorporates minor toned Christmas carols to remind us that this is a dark film. The holes in the plots are more abundant than drunk uncles on Christmas. Exactly what truck just happens to be carrying around genetically modified chemicals? And why does antifreeze cause Jack Frost to be burned? Shouldn’t it just melt him? And why exactly did the child put antifreeze in his father’s cookies? That’s a bit dark. Wait, we forgot. This is a Christmas themed HORROR movie. We shouldn’t be so picky. So why do we love it so much? Because it is exactly the kind of film horror fans love.” – Den of Geek