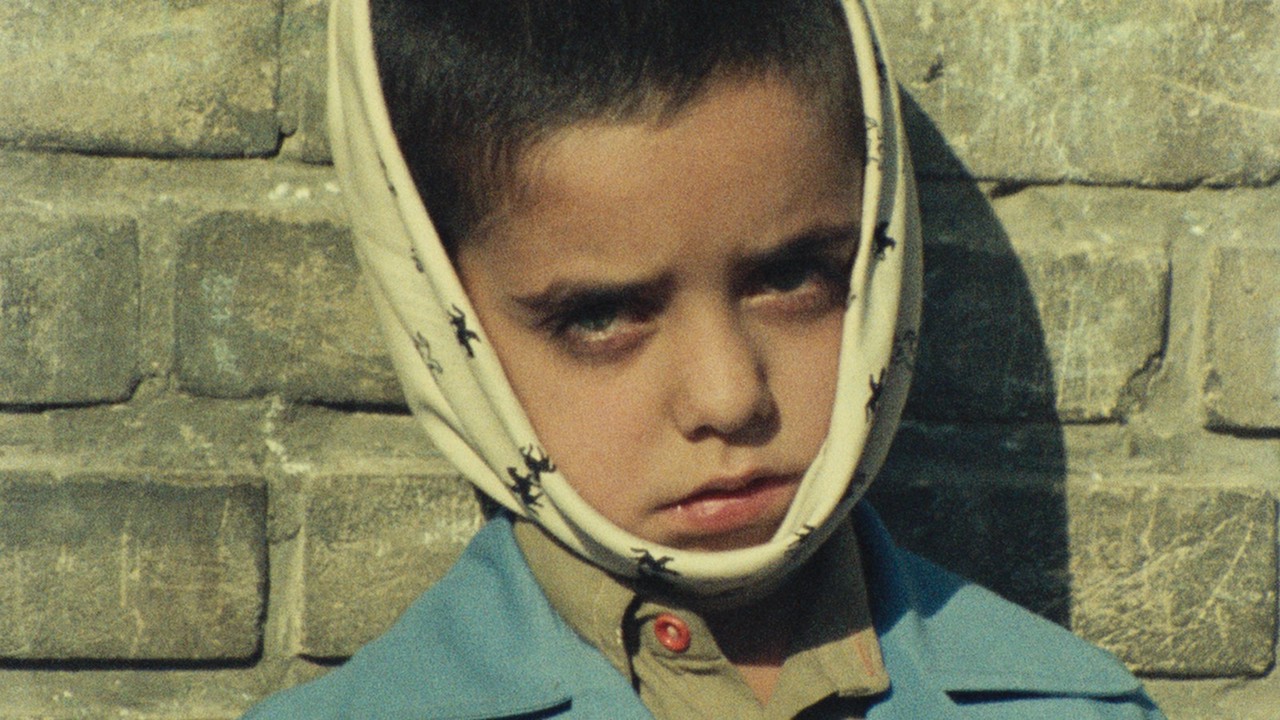 Though much of this film is a straightforward lecture about dental hygiene delivered by a dentist facing the camera,
it still manages to be persuasively Kiarostami-esque in its description of young Mohammad-Reza’s life at home and school before he falls prey to tooth woes. (Kiarostami found the boy having a tooth removed, then  filmed the earlier parts of the story later.) That some audiences found the film hilarious testifies to the humor that can accompany great discomfort.

The rare Kanoon film that doesn’t involve children, this unusual road movie was made during the revolution and afforded Kiarostami what may have been a welcome escape from the capital. Shot amid spectacular mountain scenery north of Tehran, it shows a young man on a roadside with a tire, trying to get a ride. After several minutes of failure, he simply takes the tire and rolls it down the mountain, a lyrical visual journey that’s accompanied by a triumphal score.

An assignment from the Ministry of Education, this documentary from the last years of the Pahlavi dynasty includes interviews with officials who predictably praise teaching as a sacred, noble, and honorable profession. The teachers who are also interviewed are less starry-eyed; one speaks of ungrateful students and the job’s poor pay. The contrasting views express Kiarostami’s interest in education while registering some of his reservations about how it is practiced.

This simple moral tale seems to prefigure Where Is the Friend’s House? Two young schoolboys, Dara and Nader, are friends until Dara returns Nader’s notebook torn and Nader retaliates in kind, setting off an escalating battle that leads to physical injury. In the second solution, Dara realizes his offense and repairs the notebook, preserving the peace and the friendship. The film is shot mostly in close-ups, with a narrator drolly chronicling the action.

The rest of Kiarostami’s films made for, rather than just about, children was an experiment in combining live action and animation, done in collaboration with animator Nafiseh Riahi. As two schoolboys watch animated views of animals’ actions— kangaroos jumping, fish swimming, etc.— one boy (played by Riahi’s son Kamal) says, “I can, too,” and imitates the actions. The music is sprightly, the mood fun. The second boy is Kiarostami’s son Ahmad.

Looking to the filmmaker’s own art for inspiration, the short documentary ROADS OF KIAROSTAMI reflects on the power of landscape, combining views of the Iranian auteur’s austere black-and-white photographs with poetic observations, engaging music, and a politically provocative finale.