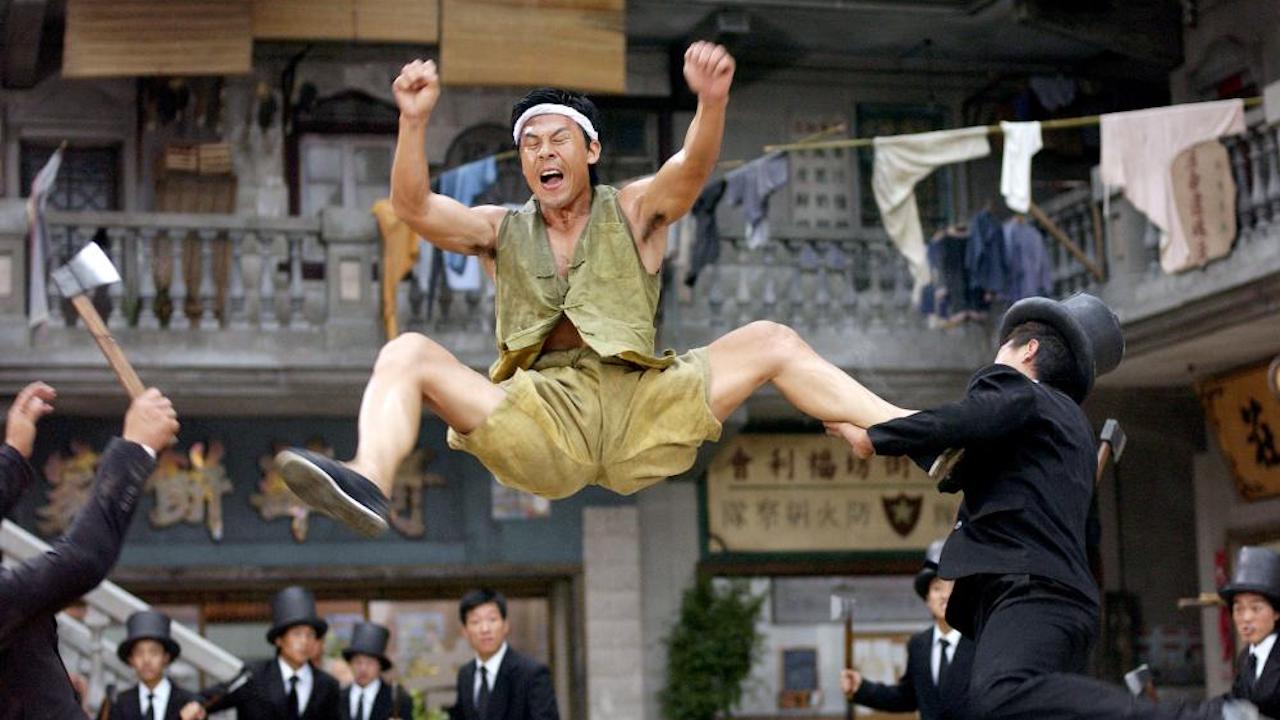 Staff Pick! Chosen by Naylah who says: “I chose this because of the comedic and artistic value it has. I also grew up watching this movie.”

“With KUNG FU HUSTLE the myth of Stephen Chow achieves critical mass—not just for the enduring cult he has created, the phenomenal box office his work generates, or even the collective pleasure his local audience experiences whenever he releases a film. Such marvels are by now routine. Opening at a time when Hong Kong was mired in an economic and political funk ominously symbolized by the continuing decline of its film industry, Hustle has given the people a reason to believe again.

“Chow does it by simply reaching back and looking forward. True to its title, the film draws generously from wuxia (martial arts) films, the genre that put Hong Kong on the map of brand-name cinemas. Chow is a genius in generating extraordinary drama from the familiar. Here, he not only pays tribute to wuxia but also uses its history—not just conventions—as narrative shorthand and fodder for comedy. He dips into the lo-tech Cantonese films of the Fifties and Sixties, striking a balance between necessary cynicism and sentimental nostalgia by at once milking them for laughter and essaying them to create a world of rich human complexity beneath its deceptive surface. The key source is the five-part 1964 series Buddha’s Palm, which attained cult status in the Seventies when discovered by late-night television viewers who reveled in its melodramatic excesses, kitschy special effects, and slapdash spirituality.” – Film Comment (2005)