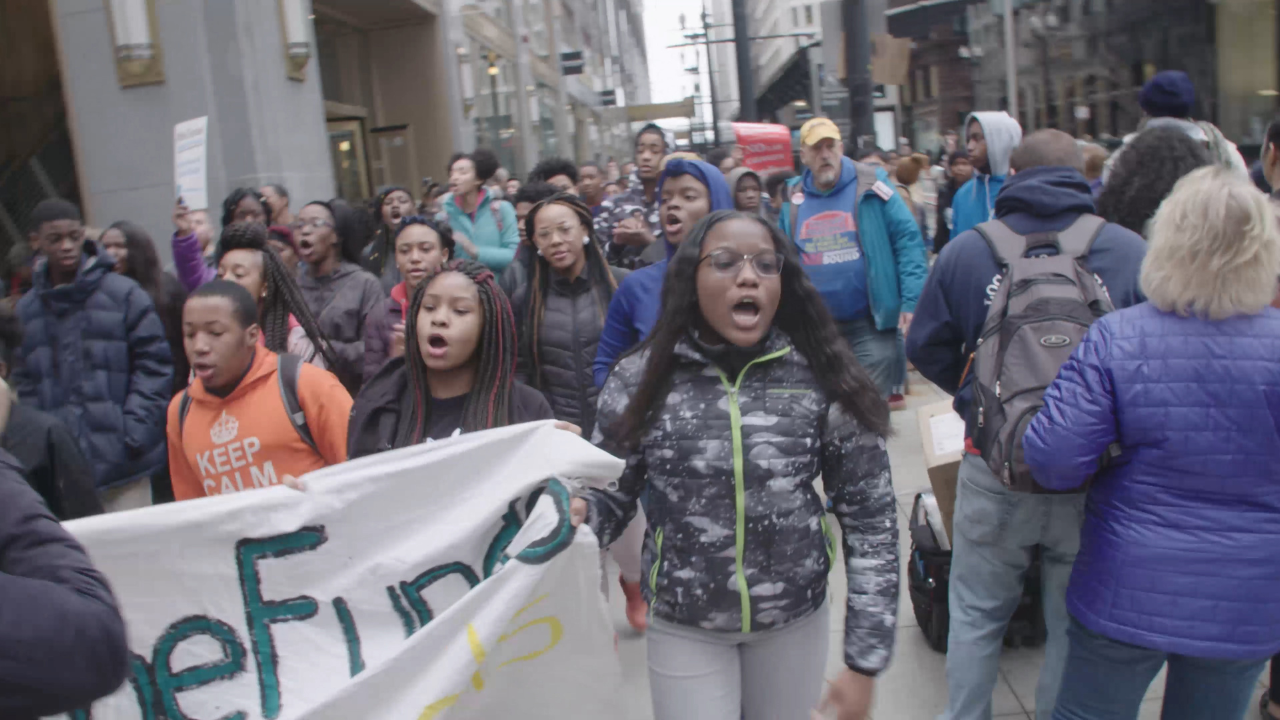 When city planners impose unwanted changes, one person can easily feel helpless – but a group of people with a common cause just might find enough collective strength to fight the power. LET THE LITTLE LIGHT SHINE tells the story of the parents, students, administrators and students of Chicago’s National Teachers Academy, a high-performing public elementary school in an African-American neighborhood, who join forces in an effort to do just that. When the powers that be announce plans to phase out NTA’s current K-8 curriculum and transform it into a high school drawing students from other schools, the community senses gentrification at work and gets organized. Kevin Shaw’s riveting documentary captures the struggle to save NTA through all its highs and lows – introducing us to charismatic young leaders taking a stand to protect their academic futures.