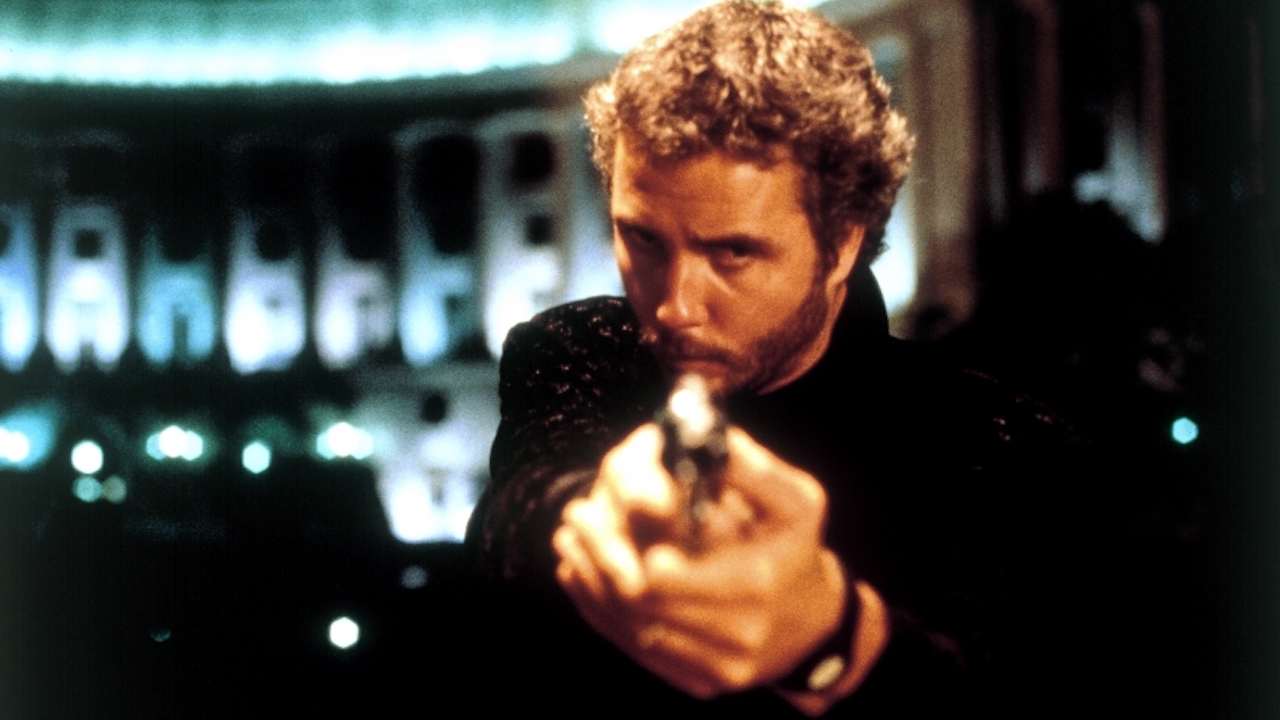 “Mann hits top form with this splendidly stylish and oppressive thriller adapted from Thomas Harris’ Red Dragon. The plot is complex and ingenious: FBI forensics expert Will Graham (Peterson), blessed (and tormented) by an ability to fathom the workings of the criminal mind through psychic empathy, is brought back from voluntary retirement to track down a serial killer, the ‘Tooth Fairy’. Focused on the anxiety and confusion of the hunter rather than his psychotic prey, the film functions both as a disturbing examination of voyeurism, and as an often almost unbearably grim suspenser. Mann creates a terrifying menacing atmosphere without resorting to graphic depiction of the seriously nasty killings: music, designer-expressionist ‘Scope photography, and an imaginative use of locations, combine with shots of the aftermath of the massacres to evoke a world nightmarishly perceived by Graham’s haunted sensibility. The performances, too, are superior, most memorably Cox’s intellectually brilliant and malevolent asylum inmate. One of the most impressive American thrillers of the late ’80s.” – Time Out (London)