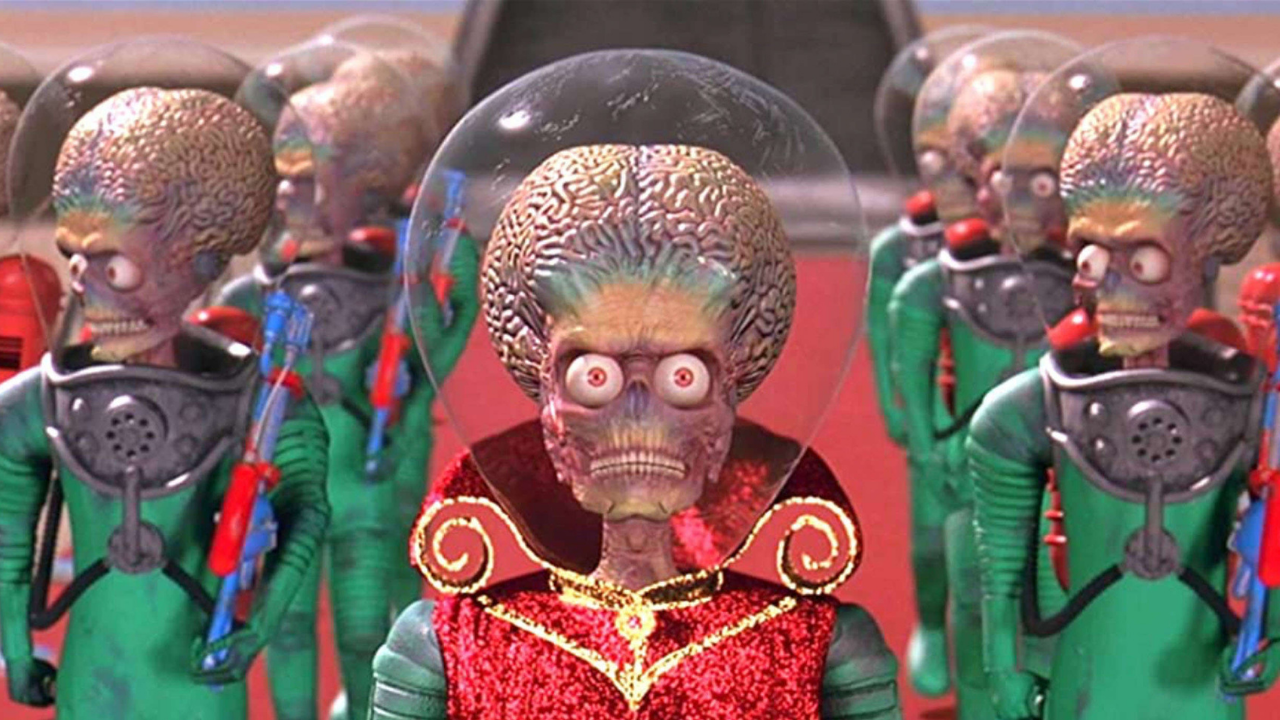 Staff Pick! Chosen by Clayton who says: “I love this movie from start to finish, you never know when alien will attack.”

“Tim Burton’s attractive and funny 1996 SF extravaganza, inspired by a series of Topps trading cards, has been described as satire, but whether its target is the present, the taste of SF fans in the 50s and 60s, or some combination thereof isn’t entirely clear. Jack Nicholson plays both the president of the United States and a real estate salesman (bringing a lot of brio to both parts but especially the latter), Glenn Close is the first lady, and Natalie Portman is first daughter. A large segment of the American population gets wiped out during the movie, but Burton and company play it all for laughs, finding derisive humor in pacifists as well as warmongers, ecologists as well as capitalists, media types as well as gun-toting hillbillies. The movie reserves most of its respect for a couple of youngsters (Portman and Lukas Haas), a partially senile grandmother (Sylvia Sidney), and a splintered black family (including Pam Grier and Jim Brown)… as in Ed Wood, Burton’s visual flair and affection for the characters make it fun.” – Jonathan Rosenbaum