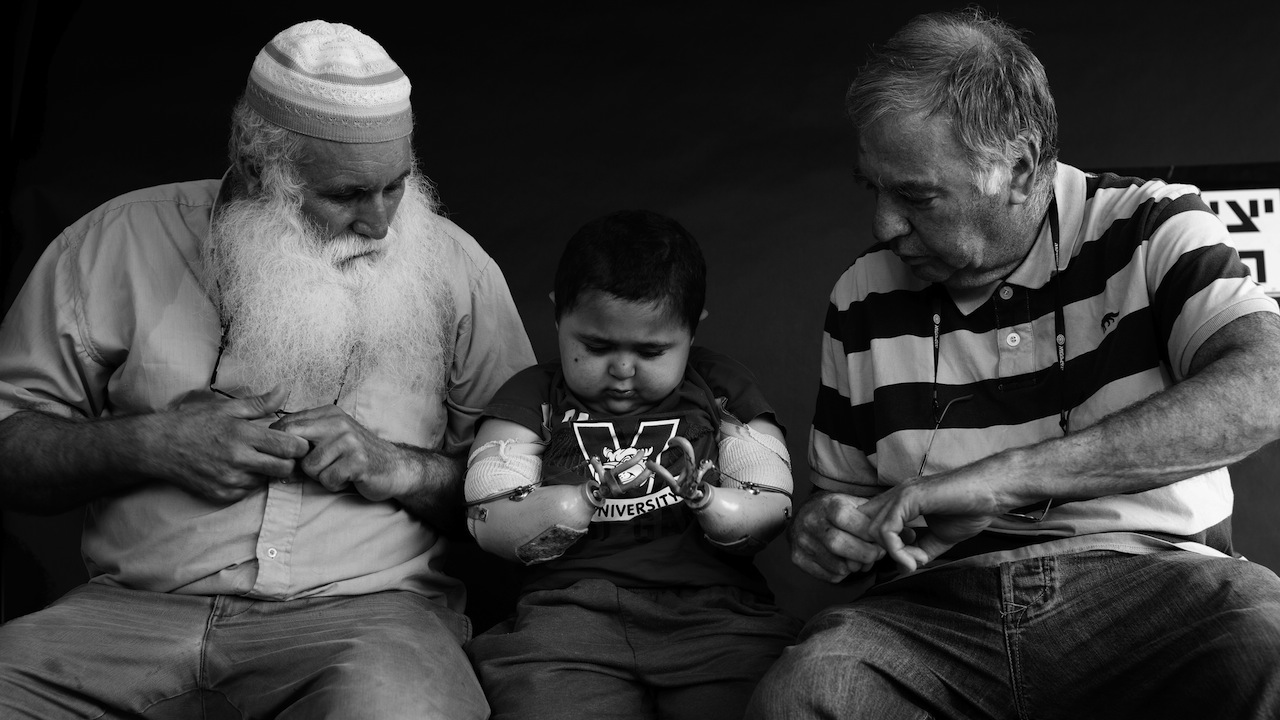 For the past seven years, Muhi, a young boy from Gaza, has been trapped in an Israeli hospital. Rushed there in his infancy with a life-threatening immune disorder, he and his doting grandfather, Abu Naim, wound up caught in an immigration limbo that made it impossible for them to leave. With Muhi’s visa unclear, and Abu Naim denied a work permit or visa, the pair reside solely within the constraints of the hospital walls. Caught between two states in perpetual war, Muhi is being cared for by the very same people whose government keeps his family marooned in Gaza. Made by two filmmakers from Jerusalem, this documentary lays out the Israeli-Palestinian conflict in human terms, documenting the impact these paradoxical circumstances have on individual lives.

“A beautiful, haunting film about a man and a child who find themselves sheltered and also trapped in an absurd, extraterritorial corridor between Israel and Palestine, at war with each other…This story challenges the notion of enemies and shows ordinary human beings trying to be human in a world that has betrayed humanity.” —Sari Bashi, Israel/Palestine advocacy director, Human Rights Watch