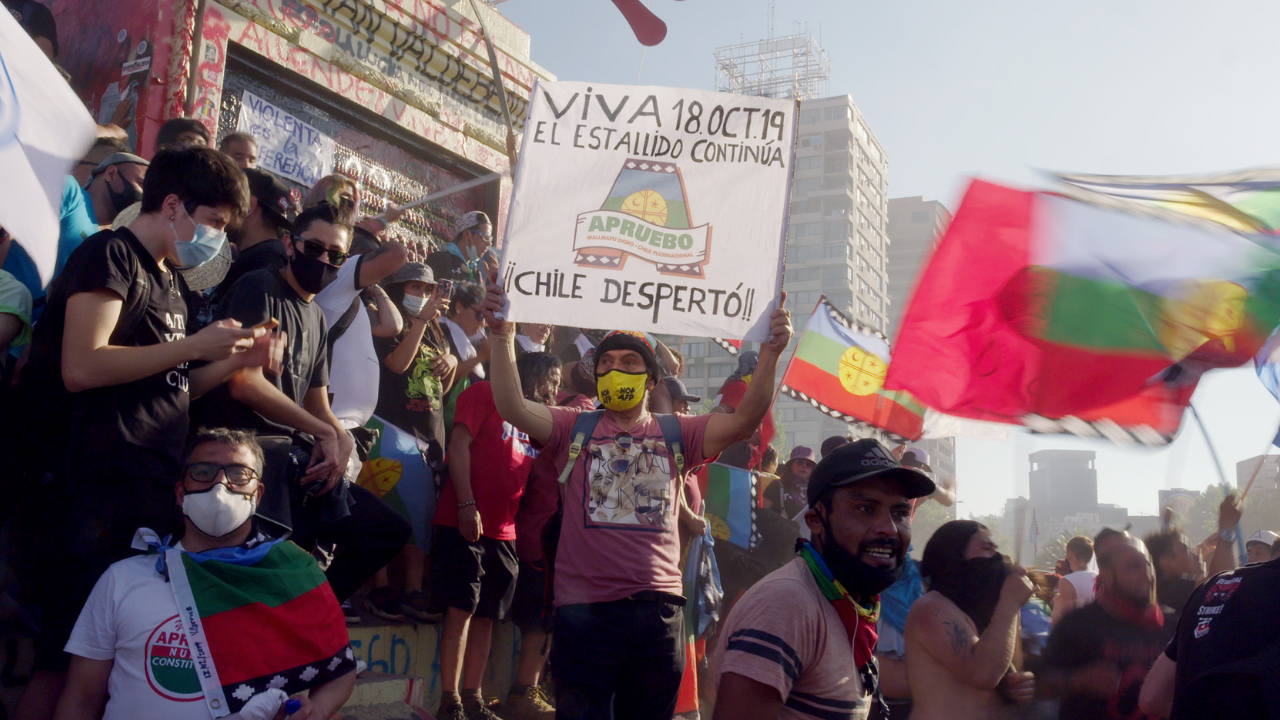 One day, without warning, a revolution exploded. It was the event that master documentarian Patricio Guzmán had been waiting for all his life: a million and a half people in the streets of Santiago, Chile, demanding justice, education, health care, and a new constitution to replace the strident rules imposed on the country during the Pinochet military dictatorship. Urgent and inspired, MY IMAGINARY COUNTRY features harrowing front-line protest footage and interviews with dynamic activist leaders and powerfully connects Chile’s complex, bloody history to contemporary revolutionary social movements and the election of a new president.