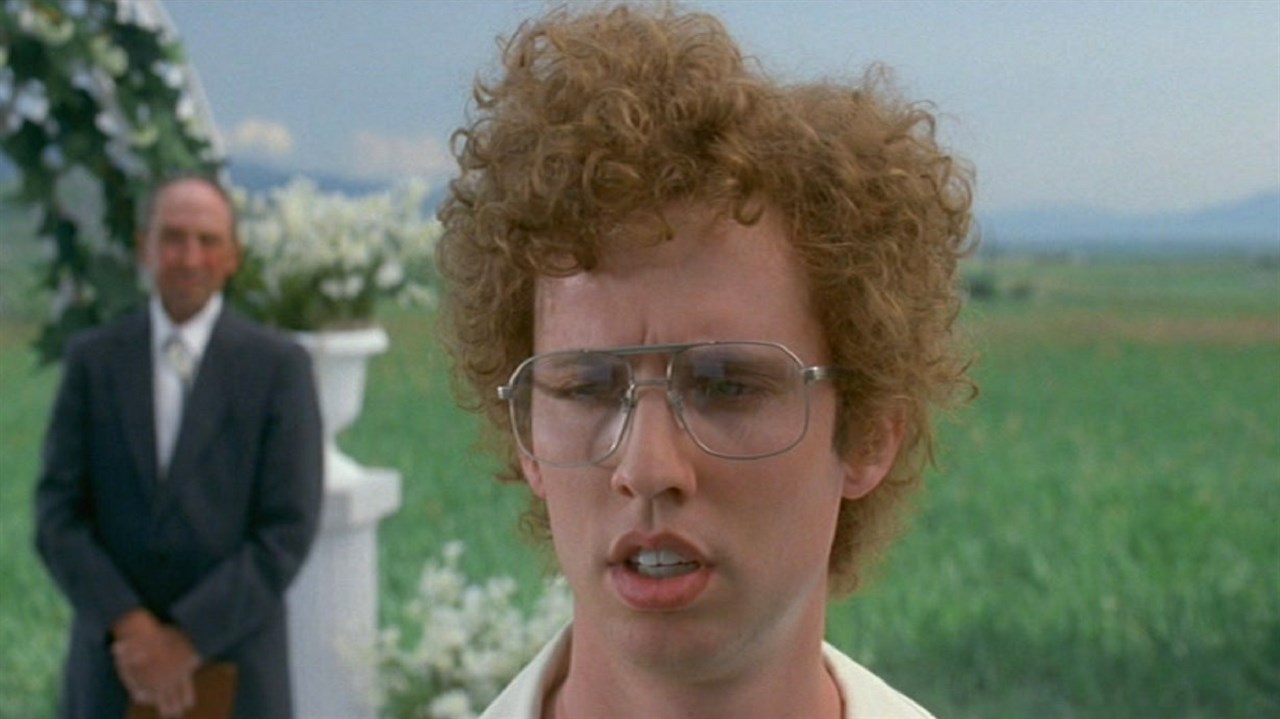 “Napoleon, played by Jon Heder with unnerving conviction, is a gangly mouth-breather whose affectless eccentricity could easily be mistaken for simple-mindedness. ”He’s a tender little guy,” says his Uncle Rico (Jon Gries), a sad, sleazy fellow who drives around in an orange-and-brown Dodge van selling plastic food-storage containers. This is about the kindest thing anyone says about Napoleon, who is taunted, harassed and laughed at in school. It is also the truest, though it may take you a while to appreciate Napoleon, and to grasp that the movie’s attitude toward him is ultimately more tender than cruel.

Rico, who at one point purchases a time-travel machine over the Internet, is obsessed with the year 1982, when he lost his chance at high school football glory. (”We could have won State.”) Judging from their clothes and hair, Rico and the other residents of Preston are still living in his favorite year. If not for the occasional reference to the Internet (where the frail and flighty Kip searches for love and, remarkably, finds it), you might mistake ”Napoleon Dynamite” for an exercise in fond, cringing nostalgia, doing for ’82 what Richard Linklater’s ”Dazed and Confused” did for ’76.” – A.O. Scott, The New York Times (2004)