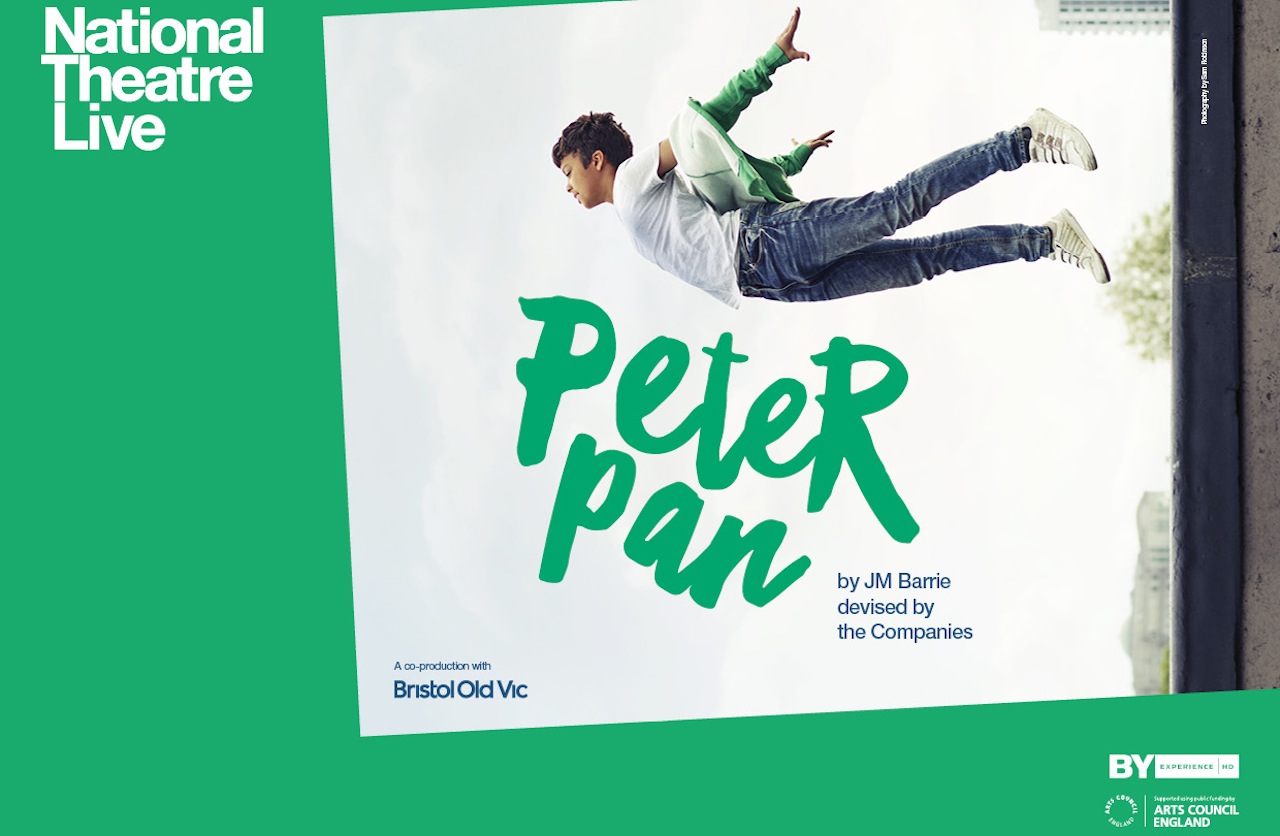 All children, except one, grow up… Captured live at the National Theatre, a recorded performance of JM Barrie’s much-loved tale screens in cinemas.

When Peter Pan, leader of the Lost Boys, loses his shadow, headstrong Wendy helps him to reattach it. In return, she is invited to Neverland, where Tinker Bell the fairy, Tiger Lily and the vengeful Captain Hook await. A riot of magic, music and make-believe ensues.