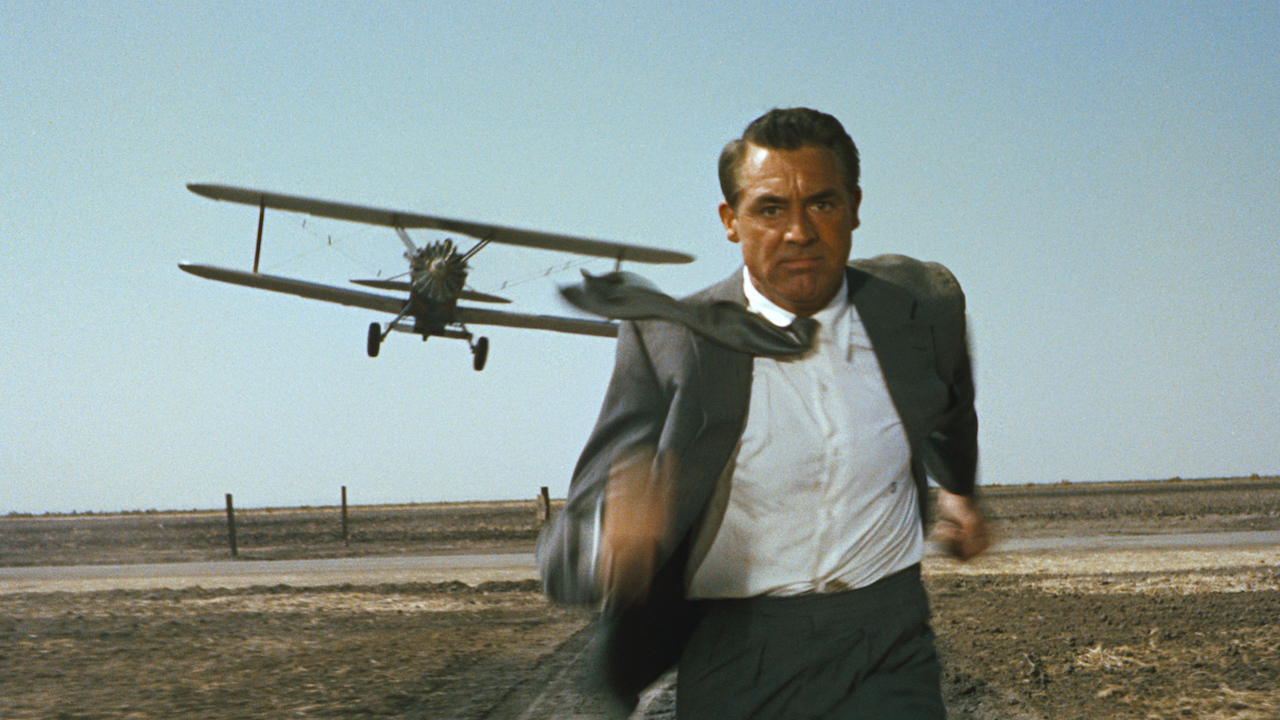 In Mad Men-era New York City, Cary Grant’s joyfully cynical adman Roger O. Thornhill (“O for Nothing”) gets mistaken for a spy, kidnapped and framed for a murder. With his life in danger, he flees to Grand Central and sneaks onboard the 20th Century Limited for Chicago, meeting icy blonde Eve Kendall (Eva Marie Saint) along the way. Pursued across the country, Grant dodges disaster at every turn—including one of cinema’s most iconic attacks when a deadly crop-duster guns for him in a rural Midwest field—leading to a climactic showdown on Mount Rushmore. Shot partially on location, in glorious VistaVision, NORTH BY NORTHWEST features cameos of such NYC landmarks as the Plaza and the UN building, plus one of Bernard Herrmann’s greatest scores and a masterful mid-century modernist title sequence by the inimitable Saul Bass.

“A great film, and certainly one of the most entertaining movies ever made, directed by Alfred Hitchcock at his peak.” – Dave Kehr, Chicago Reader