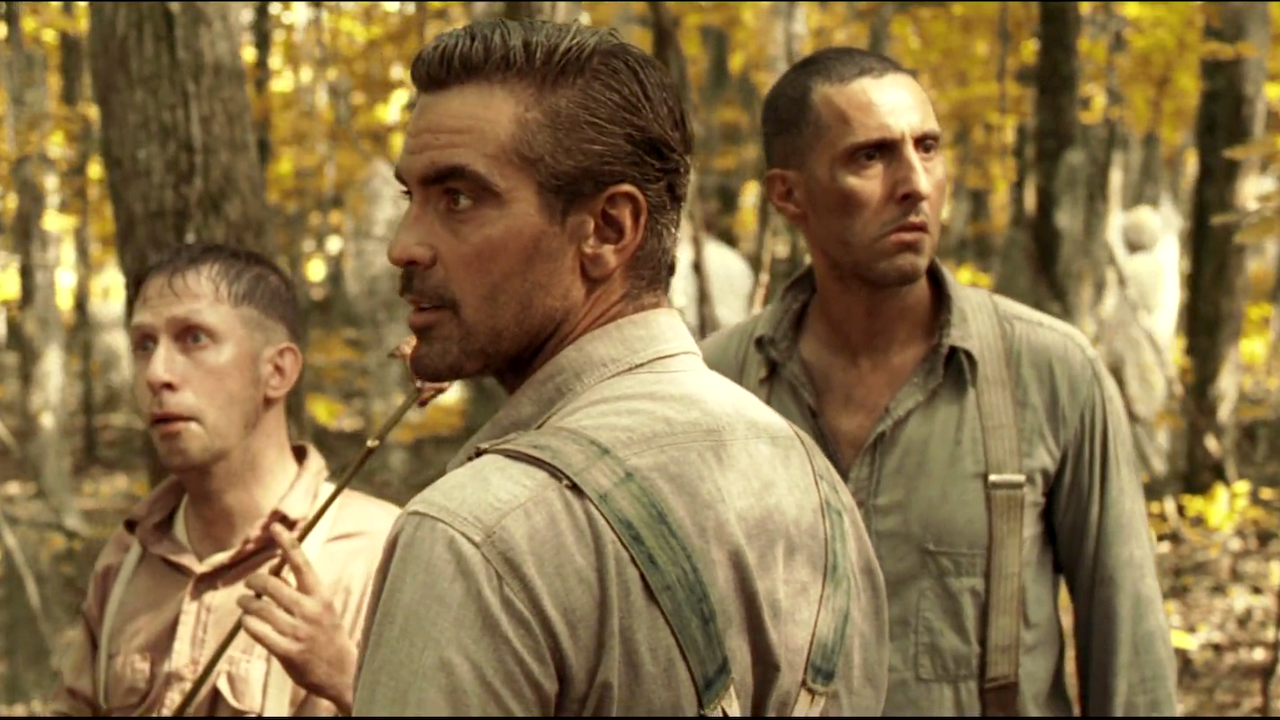 O Brother, Where Art Thou?

“The title alludes to Preston Sturges and evokes the engagingly anarchic, almost throwaway tone and setting of the Coens’ shaggy Deep South Depression-era semi-musical road-comedy. The story, however, as announced with gleeful idiocy (but honesty!) in the opening credits, is loosely ‘Based on Homer’s Odyssey’. Clooney is perfectly cast as Everett Ulysses McGill, a somewhat vainglorious Mississippi charmer who breaks from a chain gang, dragging two none-too-bright buddies (Turturro and Nelson) in his wake, purportedly to retrieve his booty, but actually to try to tempt his less than faithful Penelope (Hunter) away from her new suitor. En route, there are adventures with latter-day lotus eaters, sirens, a Bible-bashing Polyphemus (Goodman), a Robert Johnson-like bluesman, a public enemy, corrupt politicians and the Klan, accompanied by a wealth of terrific blues, bluegrass and gospel music. Great dialogue, superb ‘Scope camerawork from Roger Deakins, and a genuinely wondrous deus ex machina are among the delights.” – Time Out (London)